What About the Crashworthiness of Subway Cars?

With the rising cost of oil and transportation, not to mention traffic gridlock, many urban commuters are taking the train in an attempt to save time and money—and shrink their carbon footprint in the process. But how safe is it? Vehicle manufacturers tout their respective crashworthiness data as a selling point. However, few people give a second thought to safety when they enter a train or subway car. 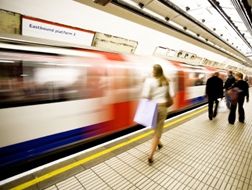 According to CNN, the National Transportation Safety Board (NTSB) recommended in February that the federal government implement crashworthiness standards for mass transit subway cars and address the capacity and ease with which passengers can escape in the event of an emergency. While there are stringent standards for heavy-rail passenger trains, there are no such standards for light-rail, rapid transit cars.

It's important that rescuers be able to enter damaged cars and attend to injured passengers in a timely and efficient manner. According to the CNN report, this is not always the case. In one instance it took firefighters more than an hour to enter a damaged transit car, only to confirm that the car was empty.

When two Washington Metro trains collided in June 2009, killing nine and injuring 50, it reignited a debate that has been going on for years.

More CAR CRASHWORTHINESS News
At the site of the crash, Metro subways run parallel to a line that carries Amtrak heavy-rail passenger trains. "One side the fence, you have crashworthiness standards for the cars that the people ride in; on the other side of the fence, there are no standards. That doesn't make any sense," said Deborah A.P. Hersman, the Safety Chair for the NTSB.

A law that has been in force since 1965 prohibits federal transit authorities from setting safety standards for local subway systems. Since the horrific Metro crash, however, the Obama administration has been considering a change to that law.

The ultimate goal would be to achieve realistic and effective crashworthiness guidelines for subway and mass transit cars that serve two purposes: to better protect passengers in the event of a collision, and to allow rescue workers easier access if and when such an event occurs.

If you have suffered losses in this case, please send your complaint to a lawyer who will review your possible [Car Crashworthiness Lawsuit] at no cost or obligation.
Request Legal Help Now