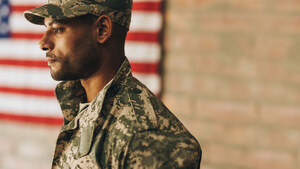 “Our government knew about Camp Lejeune’s contaminated water for three decades but failed to do anything about it – until now,” adds Falkowitz, referring to the Camp Lejeune Justice Act of 2022. Once the act is signed into law, people who lived or worked at Camp Lejeune between 1953 to 1987 and suffered water toxicity-related diseases may be eligible for settlement compensation from the government.

“Normally the U.S. government is immune to lawsuits but congress is creating an opportunity for Camp Lejeune victims to seek recourse. This has rarely occurred and obviously it’s the right thing to do,” says Falkowitz.


Both veterans and civilians stationed at Camp Lejeune are asking why now? “When enough attorneys see a wrong and an opportunity for justice they will keep pushing,” Falkowitz explains. “Another reason is that the president prioritizes veterans.”

Possibly half a million people could be affected by the contaminated water and 20 men have been diagnosed with breast cancer. Twenty Marines, or sons of Marines, blame their time at Camp Lejeune for their illnesses, according to CNN.

“It has taken us many years of effort and resources and the Camp Lejeune Justice Act is a huge step – it has created the starting line to seek recourse.” But the finish line is a long way off. Falkowitz says a fund and a path for payments has yet to be made.


This reporter asked Falkowitz about former Marine reservist and bill advocate Curtis Crawford’s comments regarding lawyers for Camp Lejeune victims, as reported by JD News (July 2). “Those [lawyers] are what we call sharks... They smell the blood in the water, and they're already circling. They're advertising for a bill that has not even passed yet."

“Having practiced for more than 15 years, I believe assisting a large group of people requires significant marketing to ensure that victims are aware of certain recourse."

The best part about these claims is that Falkowitz and other lawyers work on a contingency basis– attorneys are not even paid one dollar unless they are successful in getting compensation for their client. “This arrangement ensures that attorneys stay motivated to get maximum compensation for their clients and if we fail, we don’t get paid,” he explains. “It’s always a risky proposition but there are so many people who aren’t aware that this is going into law.”

As for the bill, it has already passed through the U.S. Senate and House of Representatives and has stalled on a procedural issue, which is expected to be remedied in the next few weeks.

Falkowitz says that no one has any idea how fast the government will act, but discussions now include a two-year window whereby the government is opening up to accountability. “It’s like a statute of limitations but after two years victims will no longer have the opportunity to seek recourse through this bill.” In other words, file a claim no later than two years after the Camp Lejeune Justice Act is signed. Stay tuned…

Gary P. Falkowitz is the Managing Partner and Founding Attorney of the Falkowitz Law Firm PLLC‚ one of the premiere personal injury law firms in New York. He served as an Assistant District Attorney with the Kings County District Attorney’s Office, where he sought justice on behalf of the Kings County community. Thereafter, he briefly represented hospitals and doctors from medical malpractice claims.

Gary now represents individuals who were seriously injured due to motor vehicle accidents‚ construction accidents, medical malpractice, product liability and, to put it simply, the negligent acts of others.

Posted by
Tom Lahman
on August 28, 2022
As I understand it; there are eight listed diseases for which victems proving at least 30 days at Camp Lejuene will be compensated without legal argument. These are called "Presumptive claims". An attorney representing a presumptive claimant is acting as nothing more than a courier. His function is to hand your "self-proven claim" to the court appointed agency. For that he will get a 40% cut of the veteran's award. That's one damned expensive courier!
Posted by
Patricia Kelly-Banks
on August 22, 2022
It's sickening seeing all those unaffiliated with any of our Agencies commenting like self imposed "experts" on this topic after it's done!

Our Federal Government is handling each case expeditiously and without any attorney firms claiming fame with fees and costs then passing pittances on to Veterans and their Survivors after medicals.

No one needs to rush or hire Lawfirms only interested with taking advantage of our Uniformed Service Heroes. NO lawyers should even attempt to know we aren't on to their schemes to swindle us!