Online real estate company Zillow has reportedly agreed to pay $6 million to settle a California labor law suit alleging the company did not pay its employees overtime and encouraged workers to skip meal and rest breaks they were entitled to. The lawsuit was filed by employees at the company's Irvine office and was one of a multiple lawsuits that alleged a variety of labor violations. In addition to the California overtime lawsuit, Zillow also faced a US Department of Labor review of its wage and hour practices. 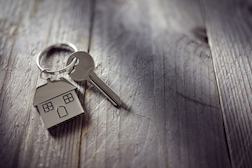 According to reports, the class action lawsuit was initially filed by Ian Freeman, who had worked at Zillow and alleged the company pushed its employees to arrive at work before they were scheduled to start, work through their breaks, and work after the end of their shift without overtime.

Zillow "operated an 'illegal design to circumvent Federal and State laws with the sole purpose of maximizing profits through a systematic scheme of exploiting and intimidating its employees to miss meal breaks, rest breaks, and work overtime without compensation'," documents filed in relation to the lawsuit allege.

Among the alleged infractions were refusing requests for meal and rest periods, preventing employees from leaving the office for lunch, and stopping employees from tracking their actual hours worked. One of the tactics reportedly used by Zillow to prevent employees from taking breaks was designating certain hours of the day "the blitz" or "the wave." During those periods, employees were required to make non-stop sales calls.

More CALIFORNIA LABOR LAW News
Back in May 2016, the two parties said they had reached an agreement but were waiting to resolve other issues linked to the lawsuit. Those other issues reportedly involved the Department of Labor's review of the company's policies and practices. The Department of Labor settlement—which will see Zillow maintain policies and procedures to ensure compliance with the Fair Labor Standards Act—then allowed the class action lawsuit settlement to proceed.

Zillow did not admit liability in settling the lawsuit or the Department of Labor review. The company is not required to make any payments beyond those included in the class action settlement.

Allegations made in other lawsuits against Zillow include claims of sexual, age, and racial discrimination, and that the company runs offices with a "frat house" atmosphere.