"I dealt with verbal abuse from a fellow worker for almost four years until I couldn't take it anymore," says Michael Low. "I filed a harassment complaint with the general manager and two days later I was suspended." 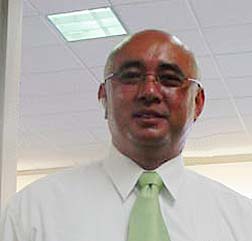 "I was promoted to finance director at an auto dealership after being their used car manager for three years. This salesman had been at the dealership for 12 years and made a lot of money for them but he was consistently hostile, and not just to me.

He always used foul language to us in the showroom, screaming abuses like "You motherf...er" and worse. It happened plenty of times before but I held it in and towed the line. I'm not the only one he verbally abused but everyone else was afraid to complain. This salesman is just one of those guys who does anything he wants. He goes off on a rampage and doesn't give a damn what anyone thinks but the owner is happy with him because he sells a lot of cars.

More News
I went home one night absolutely fed up with him and my wife helped me to type a letter of complaint but they pretty much ignored it. Instead, I was suspended. Then management and the owner devised a plan. A few days later, I was told that my pay would be reduced by 20 percent and I had to cancel my vacation if I wanted to keep my job. I had a choice - accept or get fired. When I asked the GM why he was doing this, he said they didn't need a reason and 'this is the way it's gonna be, take it or leave it.'

I left it, and filed a complaint with the labor relations board. I was fired June 10, 2006 but the GM told the labor board that I quit June 20th. The labor judge ruled in my favor but I just received unemployment dated after June 20th. The dealership still owes me a few weeks of pay and I don't know if I will ever see that unless someone can help me. I believe that I made the right decision by standing up to this guy and filing a complaint, but at what price?

If you live and work in the State of California and feel you have been discriminated or harassed or are owed overtime pay, please contact a [California Labor Laws] lawyer who will evaluate your claim at no charge.
Request Legal Help Now

Posted by
Ferando
on July 2, 2015
I have question I have problem with ones my supervisor. But ready make note letter to my gm I didn't nothing I have to sub but I want keep my job until left volentary can I affect me on my job