Will Pot Company Cresco Lawsuit Go Up in Smoke?

The Cannabis Company Cresco Labs has been slammed with claims for not paying its workers donning and doffing PPE, but are workers at a federally illegal business protected?

Cresco Labs, the cannabis and medical marijuana company, has been slammed with a lawsuit filed under California's Private Attorneys General Act, alleging it didn’t pay workers for time spent “donning and doffing” – putting on and taking off—personal protective equipment required by the multi-state pot company. Every minute counts with the California Labor Code, but can workers be protected from a federally illegal business? 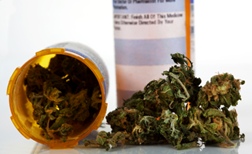 At the start of each shift, workers spent between five and 10 minutes donning and doffing PPE and undergoing COVID-19 temperature checks. This extra time resulted in meal breaks of less than 30 minutes, which is in violation of the California Labor Code. The lawsuit also claims workers were denied 10-minute breaks for every four hours worked, again a California Labor Law violation.

Plaintiff Kim Taylor, who filed the complaint at the end of August in California state court, also contends that the off-the-clock prep time should have been paid as overtime. She brings the lawsuit on behalf of herself and other employees, “seeking civil penalties $100 for each initial violation plus $200 for each subsequent violation for each worker per pay period,” according to Law360.

Taylor’s donning and doffing claim isn’t the first against Cresco. Four months earlier, two former employees at Cresco’s Massachusetts cultivation center and dispensary filed a donning and doffing lawsuit in Illinois federal court. The pair claim it takes up to 16 minutes before their shift for mandatory health screenings and to don required PPE. Cresco also required workers to spend off-the-clock time putting on fresh face masks and other PPE so they could start working right at the end of their scheduled lunch breaks.

Like Taylor, they argue that the off-the-clock prep time also sometimes should have been paid as overtime and they didn’t receive proper meal periods as required by federal law. The case is Dutcher et al. v. Cresco Labs Inc. et al., case number 1:21-cv-02106, in the U.S. District Court for the Northern District of Illinois.


Can federal labor laws protect workers at a business deemed federally illegal? An overtime lawsuit filed in 2017 against a former employee claimed that Helix TCS, a Colorado cannabis security firm, didn’t pay him or other similarly situated employees overtime pay. But Helix argued that, being an illegal cannabis company—both the business and its employees are against federal law-- plaintiff Robert Kenny couldn’t rely on overtime protections provided by the Fair Labor Standards Act.

2017: Kenney files a lawsuit against Helix claiming the pot company misclassified him and his fellow security guards as exempt employees and failed to pay them legally required overtime. A judge says the application of the FLSA has nothing to do with the Controlled Substances Act, which outlaws marijuana.

More CALIFORNIA LABOR LAW News
Sept 2019: The case goes to the Tenth Circuit, which agrees with the district court.

Jan 2020: The Tenth Circuit rejects Helix's request that the case be heard en banc. Helix requests the Supreme Court to get involved, arguing that “the Tenth Circuit's decision broke from precedent from lower courts holding that drug traffickers can't access the same federal protections as employees at a legal business.”

Oct 2020: The U.S. Supreme Court rejects Helix’s petition and declines to get involved in the lawsuit that addresses whether federal labor laws could protect workers at a federally illegal business.