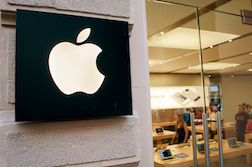 The Apple California Labor Code Class Action Suit, filed October 16, 2016, includes over 20,000 class members. The case was first filed back in 2011, when four employees (the Plaintiffs) claimed that Apple failed to provide “adequate break time, meal time and paychecks on a timely basis,” according to California’s Labor Code and Wage Orders. By the time the suit was granted class certification in 2014, more than 20,000 employees were involved. The proposed class members include every Apple employee at retail and in other venues with employment dates from December 16, 2007 through October 18, 201.

The Apple complaints range from One employee working a five-hour working stint without a break to another working claiming to a 72-hour notice period and getting a final paycheck two days after that ended (two days late), according to TechCrunch.

Apple wins a few, loses a few... Last November a class action lawsuit filed by Apple employees at California retail stores was dismissed. Apple was sued in a similar lawsuit this year by two former Apple Store employees from New York and Los Angeles. In all suits, plaintiffs claimed they were owed pay for time spent in security checks having their bags searched but US District Judge William Alsup found that Apple only required employees who brought personal bags and devices to the store to undergo a check; employees could avoid the security screening by not bringing their own bags or personal devices. Amanda Frlekin, et al v. Apple, case number 3:2013cv03451.

Apple, along with other tech giants, settled an anti-poaching suit that wound up paying almost 65,000 workers affected by the poaching scheme an average $5,770 each. According to Fortune, the revised arrangement (September 2015) provides “$40,822,311.75 (or 9.8%) in attorney fees plus additional expenses to the law firms in the case.”

The current class action, officiated by Judge Eddie C. Sturgeon in San Diego Superior Court, is brought by plaintiffs Brandon Felcze, Ryan Goldman, Ramsey Hawkins, and Joseph Lane Carco, all former non-exempt employees of Apple. According to the suit (Fourth Amended) plaintiffs never waived their right to a meal period and every employee is required to clock-in and clock-out during each meal period—meaning that “Defendents’ meal period violations…can be ascertained.”

More CALIFORNIA LABOR LAW News
The third complaint alleges that Apple “systematically failed to timely pay its employees upon separation of their employment.” One of the four plaintiffs says his employment was terminated January 11, 2011 but did not receive his final paycheck until February 7, 2011. Another plaintiff accuses Apple of paying an “inadequate amount of waiting time penalties.”

According to the California labor law, if you are fired, laid off, or otherwise involuntarily separated from your job, you are entitled to your final paycheck that day (i.e., you must be paid immediately on your last day of work.).

Your employer must pay you within 72 hours if you quit your job and give less than 72 hours’ notice. If you give your employer at least 72 hours’ notice, you must be paid immediately on your last day of work. And your final paycheck must include all of your accrued, unused vacation time or PTO.