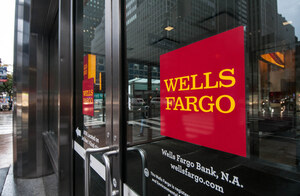 
This deal proposal would pay $2.167 million in attorney fees, $7,500 in service awards for the proposed class representative, and $5,000 for another proposed representative – leaving $252.92 for each settling class member.


In December 2019, Caudley Simon, a former Wells Fargo personal banker, sued Wells Fargo. He alleged that he and other workers were routinely deprived of proper meal and rest breaks, not given paper wage statements, and forced to spend hundreds of dollars to comply with bank dress code policies, all of which are violations of California labor laws. Simon also alleges that the bank failed to pay its workers for the wages it owed them after they left the company.

As reported by Law360, the employees argued that five distinct groups of Wells Fargo workers should be certified because they were all harmed by the same company policies applied across its branches in the Golden State, according to the motion filed in March 2021.

"This is a classic case for class certification," the motion said. "The claims sought to be certified are based on common policies readily amenable to [classwide] treatment." Simon requested certification of five discrete classes involving hourly nonexempt employees who worked at California Wells Fargo bank branches, with one class including a pay stub class of workers who were paid by direct deposit and were not entitled to paper pay stubs. Another class would involve workers who had to comply with the bank’s dress code (to avoid discipline). They shelled out "hundreds of dollars each year on work outfits and on dry cleaning," according to the motion.

According to the motion request, the class will compose of five groups. Some of the class groups in the motion include the following: Simon estimated that these various classes could encompass about 6,000 people. (A class action standard typically consists of at minimum between 25 and 30 people.)


Another standard is the 33 percent contingency fee (in other words, one-third of the jury award or settlement) for a lawyer successfully winning the case on your behalf. The typical agreement in California is that your personal injury lawyer will not charge you unless the case is won or a settlement is reached.

However, U.S. District Judge John A. Kronstadt on October 17 voiced his concern that attorney fees for the plaintiffs' lawyers may be too high. "My tentative thinking at this point — and I'd like to hear from you — is that I'm not sufficiently persuaded that the outcome here is such that it warrants these levels of a fee award," he told plaintiffs' counsel.

Judge Kronstadt suggested that if he were to instead start the calculation for attorney fees at 25 percent, it would result in an award of $1.625 million, making the multiplier 2.75 after taking into account the $529,000 in hourly fees that have been calculated, "which is still substantial."

While the judge took into consideration attorneys’ work, including discovery, taking depositions, participating in mediation, filing motions for leave to amend and class certification, and filing case management statements, he believes that the 33 percent fee requested is "higher than necessary to complete this work". He told counsel that an attorney fee in the range between $1.6 million and $2 million would likely be approved.

Simon worked as a personal banker at a Wells Fargo branch in Los Angeles from November 2014 to November 2015. In October, he told the court that he had reached a deal with the bank despite unsuccessful mediation session, according to court documents.

But Wells Fargo said Simon was terminated for improper conduct: he was accused of stealing customers' identities. Simon’s attorney told the judge that the allegations against Simon may be wrong, according to Law360. He suggested that Natalia Zamora (the deal offered Simon $7,500 and Zamora $5,000) to be an alternative representative, and that "they both should be entitled to an incentive award because they did things to assist the class."

Theresa Kading, a Wells Fargo attorney, argued that Simon was terminated before the company launched an investigation into his conduct, which apparently revealed additional allegations. Kading answered the judge’s question regarding Simon’s termination.

More CALIFORNIA LABOR LAW News
"They're all essentially the same allegations, that he was taking or using the information he had to take customers' identities and using that information to take money," Kading said. "Some of those allegations didn't come up until after [he was terminated], but he denied all those allegations at deposition." But Simon’s attorney said he was fired for being rude to a customer.

Regardless, Judge Kronstadt doesn’t think that Simon is eligible for $7,500 for only about 25 hours of work, and suggested that $2,500 may be appropriate, while Zamora’s service award is reduced to $1,000.