On April 15, a federal court in the Central District of California is expected to approve a $3.3 million settlement in Christina Epstein v. Walgreens Pharmacy Services Midwest LLC. The settlement will end a California labor lawsuit brought on behalf of a class of 6,745 pharmacy technicians who allege that Walgreens failed to compensate them for off-the-clock work and pay overtime wages, as required by California state labor law. 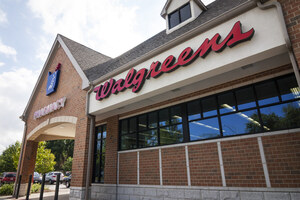 The Christina Epstein settlement follows another California Walgreens lawsuit brought on behalf of 4,629 California pharmacists. In Le v. Walgreen Co. pharmacists claimed that they had been short-changed of required breaks. The Le lawsuit settled for $6.8 million.


Christina Epstein was classified as a non-exempt employee between September 2005 and January 2019. Under California law she was therefore entitled to overtime pay and meal and rest periods. In her Complaint, she claimed that, although she was paid on an hourly basis, she received additional compensation in the form of “non-discretionary flat sum incentive wages” in lieu of overtime.
The incentive payment was calculated in a way that left her and similarly situated workers being paid less than they should have.

Additionally, Epstein argues that Walgreens required her to remain at her job after her shift ended but was not paid for the time, as required by wage and hour law. Finally, she allegedly did not receive the legally-required breaks guaranteed to non-exempt workers.


The payment of wages and hours of work for employees in California is governed by a complex collection of statutes, regulations, interpretations and precedents. The state's laws and rules on wages are set forth in various provisions of the California Labor Code and in wage orders of the state's Industrial Welfare Commission. California labor law generally does not encourage or permit employers to invent new and different payment schemes.

Under Wage Order 7, California employers must generally pay "reporting time" when the worker is "required to report for work and does report, but is not put to work or is furnished less than half the employee's usual or scheduled day's work.

Rest breaks under California labor law are required for non-exempt employees who work three and a half or more hours in a day. Employees are entitled to ten minutes of rest for each four hours, or a substantial fraction thereof, that they work in a day. Unlike meal breaks, rest breaks are to be counted as hours for which payment is due.

More CALIFORNIA LABOR LAW News
The Christina Epstein settlement takes place within the context of another large settlement approved by the District Court for the Central District of California in December 2020. In Le v. Walgreens Co., Marcie Le and a group of similarly situated pharmacists alleged that Walgreens failed to: As in the Christina Epstein lawsuit, Le also sought penalties under the California Labor Code Private Attorneys General Act.
Particularly since both cases were, or will be resolved through settlement, neither has precedential value for other California labor lawsuits that may be brought concerning Walgreen’s wage and hour compliance. Nonetheless, the similarity of results suggests that other classes of Walgreens pharmacy workers may have strong chances within the Central District.