Wal-Mart must pay over $6 million to about 5,000 California workers for not providing meal breaks

Every time an employee at a Wal-Mart fulfillment center in Chino, California wanted to leave the building they were required to go through anti-theft metal detectors. This time-consuming process cut into 30-minute lunch breaks, unless of course you didn’t leave the building to eat lunch. And on April 12, 2019 a federal district court jury ruled that a violation of the California labor law, ordering Wal-Mart to shell out over $6 million. 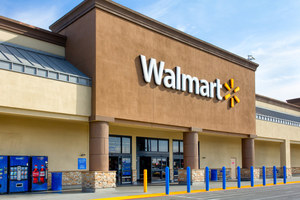 
Plaintiff and former employee Chelsea Hamilton chose to leave the warehouse every day and ate lunch in her car because the facility rooms were too noisy and crowded, she told the court. The second plaintiff, Alyssa Hernandez, testified that she never left the building to have lunch because she didn’t want the aggravation of going through the detectors. Both women said that the retail behemoth discouraged employees from leaving the warehouse. Their attorney told the jury that employees shouldn’t have to go through a metal detector every time they want to leave work.


Hamilton worked as an order filler from 2016 to 2017, compiling items that would be shipped to customers for online orders. To protect its merchandise, Walmart installed asset protection checkpoints with metal detectors that all employees are required to pass through whenever they leave the warehouse, including for lunch breaks.

Hamilton also told a California federal jury that she felt like a criminal going through the metal detector every time she left the warehouse. Employees also had to put all of their personal belongings through a conveyor belt, step through the metal detector and show their phone screen to the asset protection personnel to prove they weren't stealing any Walmart property. Think airport security--but worse. Hamilton said the asset production personnel were usually men so she felt violated having to display personal items such as feminine hygiene products. Because this process took so long, Hamilton said she was forced to clock out before going through the checkpoint.

The Brinker case sought clarification as to whether employers must merely offer meal and rest breaks and leave it to the employees to take them, or if the company must mandate breaks. In 2002 Brinker agreed to pay $10 million to settle a similar complaint by California's Labor Department on behalf of workers it had employed from October 1999 through the end of 2001. And since the California Supreme Court issued its precedential decision in Brinker v. Superior Court of San Diego County, there have been a number of lawsuits alleging violations of California state labor laws for meal and rest break violations.

In referring to Brinker, Walmart said that employers' responsibility to offer workers meal breaks means only that employers make the breaks available without impediment, and doesn't require businesses to actually make sure they take breaks. The company said the fact that many workers took lunch breaks shows they weren't discouraged from doing so, according to Law360


Hamilton and Hernandez also filed overtime claims, arguing that Wal-Mart didn't pay enough overtime to employees working more than eight hours a day on an alternative workweek schedule. The wage-and-hour class action was first filed in state court by Hamilton on behalf of former hourly workers at the e-commerce fulfillment center in Chino. It was removed to federal court in July 2017. Hernandez then testified that she worked at the fulfillment center from 2016 to 2018, working four days a week and 10 hours a day on an alternative workweek schedule. Hernandez claimed she was not always paid overtime if she worked more than eight hours in a day.

More CALIFORNIA LABOR LAW News
Wal-Mart’s attorneys argued that employees had the chance to vote for an alternative workweek schedule, which meant longer but fewer days at work with different overtime rules. The attorneys said most workers chose the new schedules and that just because Hamilton and Hernandez started working at Walmart after previous employees voted for alternative schedules, it doesn't mean they can challenge those changes.

The jury found that Walmart met its legal requirements when calculating overtime and that the company didn’t have to pay overtime.