Unions and Musicians Poised to Settle Royalty Lawsuit for $8 Million

Breach of fiduciary duty and conflicts of interest

On November 8, the District Court for the Central District of California gave preliminary approval to a proposal that will end a 2018 lawsuit between studio musicians and their unions. Risto v. SAG-AFTRA highlights the difficulties that union and non-union artists face in collecting forms of compensation that are not protected under California labor law, but under the terms of collective bargaining agreements and the bargaining representatives’ duty of fair representation under federal labor law. 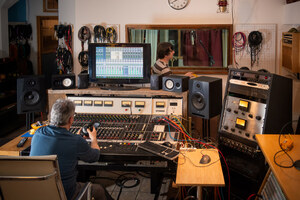 The $8 million settlement deal will permit session musicians to recoup a portion of the administrative fees they claim should never have been deducted by the American Federation of Musicians (AFM) and SAG-AFTRA from royalty payments. It includes a $5.35 million fund for a class of similarly situated musicians and over $3.1 million in prospective relief over the next three years, as it adjusts the administrative fee to a flat rate that would save the musicians millions of dollars over time. In addition, the agreement would provide for a separate $2.6 million administration fund to cover attorney fees, costs and administration of the settlement and any service award to the class representative.


Kevin Risto is not a union member but collects from the fund set up to distribute compensation to session members. He was a non-featured musician on the artist Fantasia’s “When I See U.” He has also written and produced songs for Justin Bieber, Frank Ocean, 50 Cent, Jennifer Lopez, and many other award-winning artists. Risto received a Grammy award for his work on Frank Ocean’s “Channel Orange” album.

Behind the credits for the headliners are a lot of artists like Kevin Risto. They don’t get the limelight. They work a lot. This lawsuit is about the fact that they must get paid.

Fees deducted by AFM and SAG-AFTRA


Risto and other musicians objected to the management of the IP Rights Distribution Fund, an entity set up by AFM and SAG-AFTRA to administer royalties due to performers. The central issue is about the royalties that are due to session musicians whenever their music is played on online or satellite radio services in the U.S.

Calculating who gets paid what appears to be a multi-step process that seems to involve several layers of administration. Money may or may not have fallen off the truck at every turn.

Royalty payments are initially collected by the collecting society, SoundExchange. First to be compensated are record labels and featured artists. Thereafter, the portion of the payment due to session musicians is handed over to the IP Rights Distribution Fund. That fund determines which individual session musicians to pay.

In 2013, trustees of the fund decided to pay both AFM and SAG-AFTRA a 1.5 percent fee for the services and data they provide to help with the payment of royalties. After 2013, the year the service fee was implemented, hard copies of the report detailing the payments were no longer mailed to the musicians.

Risto argues that the trustees violated their fiduciary duty to the session musicians by allowing regular payments to the unions that set the fund up and concealing that fact from those who should have benefitted from them. The situation smells of conflict of interest. The smell is particularly high for non-union members, like Risto, for whom the unions arguably provided no services at all.

Breach of fiduciary duty and everything that followed


The fund was originally created in 1998, under the terms of the Digital Performance Rights in Sound Records Act of 1995, the Digital Millennium Copyright Act of 1998 and an Agreement and Declaration of Trust. The statutes require payment of royalties to non-featured performers regardless of their union membership in AFM or SAG-AFTRA.

Under the fund documents, the trustees charged with management and oversight of payments owe a fiduciary duty to those who the fund is intended to benefit. They owed them duties of loyalty, reasonableness and good faith, diligence and prudence. In addition, they also had an obligation to act solely in their interests and to treat union and non-union members equally and impartially.


Those more familiar with ERISA lawsuits will recognize the list of obligations owed under the common law of trusts. These long predate the enactment of the relevant statutes, but they continue to be relevant to the question of what enforcement mechanisms individuals have when they ask anyone to hold their wallets – or royalty payments.

More CALIFORNIA LABOR LAW News
Risto charges that the trustees received money intended for the musicians. The trustees allegedly skimmed some off the top and kept it. They paid themselves first. Then they paid the folks who actually worked for it.


The second and fourth counts of the Complaint – for “Money Had and Received” and “Conversion” stem from the initial breach of fiduciary duties. The third count, which seeks declaratory action, would effectively prevent similar wrongs from continuing into the future.

The terms of the proposed settlement agreement appear to address all of the issues raised in the Complaint. The downside for the musicians is that they may only recoup approximately three-quarters of the funds owed to them. That may be worth it to them to avoid the costs of further litigation.