A California jury awarded $460 million to two former Southern California Edison workers who were retaliated against for reporting sexual and racial harassment – an award that has made employment history.

Two former SoCal Edison employees who said they suffered retaliation at the Southern California utility after reporting sexual and racial harassment have been awarded more than $460 million by a Los Angeles County jury. Both punitive and compensatory awards have made history – the former is more than double of any previous employment verdict in U.S. history and the latter $22.37 million in compensatory damages for Martinez is believed to be one of the largest Fair Employment and Housing Act case in California labor law history. 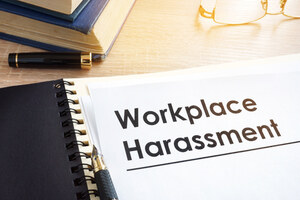 After an eight-week trial where plaintiffs’ lawyers presented evidence that Edison’s South Bay office had a fraternity-like culture in which racial and sexual harassment was widespread, the jury awarded Alfredo Martinez punitive damages of $300 million from Edison International and $100 million from SoCal Edison (SCE). Justin Page was awarded $30 million in punitive damages from Edison International and $10 million from SCE. Add to that $24.6 million in compensatory damages. The $22.37 million in compensatory damages for Martinez is believed to be one of the largest of its kind for a Fair Employment and Housing Act case in California history.

Their complaint was filed back in August 2017, a few months after Martinez was pushed out of his supervisor job by “constructive termination”, which is a claim accusing the employer of creating or permitting intolerable working conditions in order to force out a worker after reporting widespread sexual harassment and racist language, reported the Los Angeles Times. Martinez said he witnessed sexual and racial harassment and abuse during the 16 years that he worked at Edison. One such complaint is stated in his lawsuit: Two female workers approached him in March 2017, complaining of sexual harassment. They told Martinez because he was "just about the only supervisor" who could be trusted and who hadn’t taken part in the harassment.

Martinez was “constructively terminated” in April 2017. The jury heard how six retaliatory complaints against him came about 30 days after reporting the harassment. According to his lawsuit, Edison conducted a sham investigation and used the complaints to push him out of his job.

More CALIFORNIA LABOR LAW News
Since Page was hired by SCE in 2015, he too witnessed dozens of instances of sexual harassment directed at both himself and women in the workplace, and racial comments made about Black and Hispanic workers from numerous colleagues and bosses. Page submitted complaints to SCE's ethics hotline in February 2017, but he suffered threats of retaliation and transferred to another office. Those threats followed him. He took a leave of absence – indefinitely.

As for Edison, they are hopeful the verdict will be overturned. SCE spokeswoman Diane Castro told the LA Times that “The jury decision is not consistent with the facts and the law and does not reflect who we are or what we stand for, and we intend to challenge the decision and seek a new trial.”

Posted by
Tim N
on June 19, 2022
EIX had a frat attitude. I was going through a divorce and my management had the IOC calling me all hours of the night for simple issues… I complained they should be calling the engineer on duty, only to get "we can't reach them". I had an incident where a tech support employee for EIX called stating he forgot his password.. no big deal.. I then reset his password and then saw the alarm status on the equipment to which he wanted access. The alarm was for multiple failed login attempts. Upon further investigation, I saw that two engineers who were on vacation as well as myself had tried to log into the same device from the same IP address. after running a trace route to get the device ID and then using the asset management database, I found it was the person who forgot his password. He violated the company ethics rules. Instead of firing him they harassed me to where I lied to get fired just so the torment would end.