Two federal appeals courts have or will consider whether Lyft and GrubHub drivers are engaged in interstate commerce , and so exempt from the requirements of the Federal Arbitration Act (FAA). The California labor lawsuit. Rogers v. Lyft, Inc., began as a dispute about the drivers’ lack of paid sick leave. The drivers’ appeal from a decision of the Northern District of California will be heard by the Ninth Circuit. On August 19 the Ninth Circuit held that Amazon last-mile delivery drivers were engaged in interstate commerce even when they never crossed state lines. 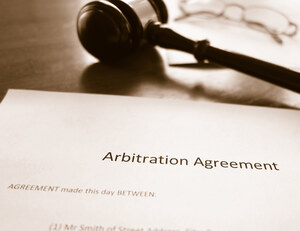 Wallace v. GrubHub began as overtime lawsuit under Illinois law. As with Rogers, the plaintiffs had signed work contracts that required them to arbitrate disputes with the company and to waive their rights to participate in class-action lawsuits. The drivers have asked the full Seventh Circuit to reconsider a three-judge panel decision that would force the dispute into arbitration. On September 9, the Seventh Circuit declined to reconsider the decision.

All eyes turn now to the Ninth Circuit. If the circuit courts reach different conclusions about the applicability of the FAA to similarly situated workers, the scene may be set for the Supreme Court to consider the issue. The question is critically important to the protection of the employment rights of gig workers throughout the country.


In Rogers, three Lyft drivers filed an emergency motion to require Lyft to reclassify all of its drivers in California as employees rather than independent contractors, as required by AB 5, a 2020 law governing worker classification. Lyft has steadfastly refused to reclassify the drivers. The plaintiffs argued that emergency action was necessary so that drivers could qualify for sick pay under California law. As well as risks to the drivers’ health, they argued that the lack of sick pay exposed the public to the risk of coronavirus contagion.

However, each of the drivers had agreed, as a condition of their work contract with Lyft, to settle disputes by arbitration and to waive their rights to participate in class-action lawsuits. Research suggests that arbitration overwhelmingly favors employers.

Counsel for the drivers argued that they should not be compelled to arbitrate for a collection of reasons, one of which was that they were exempt from arbitration as transportation workers. In general, under Supreme Court’s decision in Epic Systems Corp. v. Lewis arbitration agreements required as a mandatory condition of employment and are generally enforceable. The FAA makes an exception, however, for “the employment contracts of “seamen, railroad employees, [and] any other class of workers engaged in foreign or interstate commerce.”

In Rogers, the District Court was not persuaded that the Lyft drivers were engaged in interstate commerce. It denied the driver’s emergency motion for re-classification, granted Lyft’s motion to compel arbitration and struck the class allegations. The drivers have appealed to the Ninth Circuit.

In the meantime, the Ninth Circuit has held that Amazon last-mile delivery drivers, who are generally independent contractors, make only short-distance deliveries within the same metropolitan area, and almost never cross state lines, are transportation workers engaged in interstate commerce within the meaning of the residual clause.

The decision in Rittmann v. Amazon appears to focus on the issue of whether the business of the contracting company is interstate, rather than on whether the worker crosses state lines. It will be interesting to see whether the Ninth Circuit will distinguish between Lyft and Amazon or whether it will see itself as bound by the Rittmann precedent


Wallace also focuses on the meaning of the residual clause. The consolidated lawsuit was filed by GrubHub drivers in Portland, New York and Chicago who alleged that GrubHub violated the Fair Labor Standards Act by failing to pay overtime. As in Rogers, each of the drivers had signed a “Delivery Service Provider Agreement” that required them to submit to arbitration for “any and all claims” arising out of their relation-ship with GrubHub.

More CALIFORNIA LABOR LAW News
GrubHub moved to compel arbitration. The drivers insist that they are exempt from the arbitration requirements of the FAA because they are engaged in interstate commerce. The three-judge panel sitting for the Seventh Circuit focused on whether the drivers were actively engaged in the enterprise of moving goods across state lines, rather than whether the goods themselves have moved across state lines at some point in their journey to the customer. Accordingly, it affirmed the decision of the Northern District of Illinois to grant GrubHub’s motion to compel arbitration. The drivers asked the entire Seventh Circuit to re-consider the decision of the panel, which the court has now declined to do.

Two federal circuits appear to be interpreting the same section of the same federal law in vastly different ways. If the Ninth Circuit and the Seventh Circuit decide the question in different ways, the issue would be ripe for Supreme Court consideration. The role of arbitration in employment disputes is profoundly important for the future of wage and hour protections.