Too Hard to Eat Lunch? – That Cost Wal-Mart $6 Million

Chelsea Hamilton and Alyssa Hernandez brought a class action California labor lawsuit against Wal-Mart, claiming that going through the mandatory security check took so much time and was so intrusive that they were left with less than their legally protected half-hour meal break. Taking feminine hygiene stuff out of their purses was embarrassing. Ms. Hernandez also said the break room was crowded and noisy. They were not prevented from taking the break, but they were discouraged out of it. In April, they won a $6.1 million jury award on behalf of Wal-Mart workers. 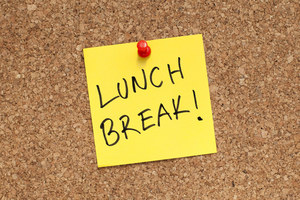 Years of employee lawsuits have gradually defined what employers can, must and may not do around the issue of rest and meal breaks. Now we know that employers may not, in collateral ways, just make it too much of a hassle to take a meal or rest break. This is the kind of subtle and persistent pressure that workers actually face. “Meal break discouragement” theory may turn out to be an important new tool in the California labor lawsuit toolbox.

A series of lawsuits has made it clear that rest and meal breaks must be uninterrupted and duty-free. That includes being on-call and running minor errands for the convenience of an employer while picking up lunch. Many employees choose to take breaks off the worksite as a way of protecting its duty-free and uninterrupted character.

In Brinker Restaurant Corp. v. Superior Court, the California Supreme Court made it clear that workers may choose to waive their meal and rest breaks. Employers do not need to police employees to ensure that they eat and rest. The employer’s legal obligation is simply to offer, not to enforce, work-free meal and rest break periods.

The Court also cautioned employers that they cannot undermine formal policies by pressuring employees to work during breaks. It is this restriction that Hamilton explores in further detail. What does it mean to “pressure” an employee into skipping a break or continuing to perform work tasks while ostensibly on break? Relegating an employee to the utility closet to eat lunch in the company of a mop would likely not constitute a good faith effort to comply with California’s requirement that employers offer meal breaks. But many situations are closer calls.


What about a situation where an employer offers a bonus to employees who accomplish tasks within a certain amount of time? Is this an incentive to skip breaks? Is this legally distinguishable from an employee who skips breaks in the reasonable hope of receiving a raise or promotion?


The “meal break discouragement” theory also appears to have been at the heart of plaintiffs’ argument in Rodriguez v. Taco Bell Corp.. Workers claimed that the fact that their employer offered discounted meals to employees only if they ate the meal at the restaurant meant that the employer still had control over their activities and that the time was not therefore work-free. If it was not work-free, it should have been counted as paid time, rather than a meal break. The Ninth Circuit held for the employer, relying heavily on the fact that the employees’ decision to buy a discounted meal was voluntary.

More CALIFORNIA LABOR LAW News
Hamilton may break new ground in several ways. Most obviously, it deals with security checks, rather than discounted meals. A line of California cases already supports the idea that employees should be paid for the time that it takes to go through a mandatory bag check at the end of a shift.

Secondly, it supports the notion that California employers should take a holistic approach when evaluating compliance with meal and rest break laws. Even practices that appear to be only remotely related to wages, hours and breaks may create legal exposure when viewed in context.

“Meal break discouragement” theory is a new way to argue a case. The results are mixed. But after Hamilton, it may turn out to be a potent way to protect California worker’s rights.