A woman who was hired by Tesla through a staffing agency alleges that she was required to work through State mandated break periods, and not compensated for her time.

Since the California Supreme Court issued its precedential California labor law decision in Brinker v. Superior Court of San Diego County, there have been a number of lawsuits alleging violations of California state labor laws for meal and rest break violations. Now, a woman who was hired by Tesla to work in its Fremont, California factory in late 2016 claims that she was denied breaks. 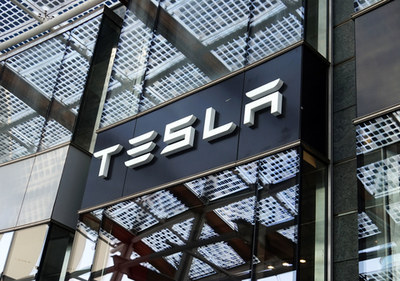 California Labor Code prohibits employers from requiring their employees to work during lunch or break times. In the State of California, employees are entitled to one 30-minute break per five-hour workday, and two 30-minute breaks per 10-hour workday. For workdays that are shorter than six hours, this requirement can be waived, but only if both the employee and employer agree. Non-exempt employees are also entitled to one 10-minute paid break per four hours worked. If an employer does not provide this break, they are legally required to compensate the employee for a full hour of pay (at their regular rate) every workday that the break is denied.


The Plaintiff-employee suing Tesla was a contractor hired through Balance Staffing. In her California labor lawsuit, she claims that Tesla and Balance Staffing should be held jointly liable for the alleged California labor law violations. The temp agency’s handbook, she says, only mentions overtime pay for employees who work more than eight hours per day, or more than 40 hours per week. But California state labor laws require that employees be paid double their pay after working for 12 hours in one day. The handbook did not mention that. BuzzFeed news recently reported that Tesla added a third shift in 2016, and that demand was so high on the Model 3, Tesla wanted employees working 12 hours a day. Tesla acknowledged in a statement that some employees did work 12-hour shifts.

The Plaintiff is seeking class-action status for the lawsuit. If the Court ultimately decides that the temp agency should be held jointly liable based on its policies, temp workers everywhere (including large retail stores, banks, kiosks, etc.) may be afforded additional protections under the law than currently exist, and could potentially have better footing when filing California prevailing wage lawsuits.


Tesla has issued a statement claiming that it goes above and beyond the minimum rest and meal break requirements set forth in California labor code, and that the lawsuit does not allege any specific wrongdoing against Tesla. Yet the Plaintiff, who is seeking an unspecified amount of compensation, claims that Tesla and Balance Staffing worked in concert. Tesla further stated that it intended to convert temps into full-time employees. Tesla frames the issue as “a dispute between a temporary worker and her employer staffing agency.” But the Plaintiff alleges that Tesla maintained and enforced meal break and rest break policies that were not compliant with California state labor laws.


Both temp workers and permanent, full-time employees are protected by California state labor laws. Not long ago, 21,000 California Apple employees filed a class action lawsuit against the computer giant for failing to give the required meal and rest breaks, among other wage violation claims. The lawsuit claimed that they were required to work for more than five hours a day without a lunch break, and were not given additional pay when they worked through breaks, as required by state law. Apple was ultimately ordered to pay them $2 million.

More CALIFORNIA LABOR LAW News
In yet another California labor meal and rest break lawsuit, Wert v. U.S. Bankcorp et al., employees alleged that they were not compensated for meal breaks. The matter was ultimately settled out of court for approximately $7 million.

Employees who are not paid for overtime worked in accordance with state code may be entitled to monetary compensation. Many new labor laws have been enacted that provide special protections to immigrant workers. For example, AB 263 prohibits employers from engaging in unfair immigration-related practice when an employee excercises their rights under State law. In the Tesla lawsuit, the Plaintiff alleged that she was fired for complaining about employee-payment practices. Certain types of employer retaliation (against citizens and immigrants alike) are prohibited in the State of California.