The U.S. Supreme Court declined to hear Alaska Airlines appeal of a ruling that Virgin America had to give flight attendants meal and rest breaks required by California labor law.

The U.S. Supreme Court at the end of June declined to take up Alaska Airlines appeal of a ruling that Virgin America – now part of Alaska Airlines-- had to give California-based flight attendants meal and rest breaks required by California labor law. The justices found that California's break requirements are not preempted by federal law on the deregulation of airlines' prices, routes and services. 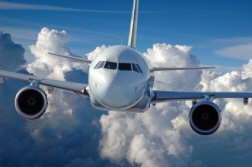 
Virgin flight attendants in their 2015 lawsuit accused the airline of various California labor violations, and an appeals court in San Francisco ruled in their favor. The lawsuit, which was certified as a class action one month before Alaska Airlines bought Virgin in 2016, alleges that Virgin violated multiple California and City of San Francisco labor and wage laws: Alaska Airlines was ordered to pay $78 million on behalf of about 1,800 flight attendants who worked for Virgin America. In February 2019, Alaska said it would challenge the application of local labor laws in the airline industry, where labor relations are typically governed by the federal Railway Labor Act.  Alaska said that as an air carrier it is bound by federal aviation regulations. “These rules are prescribed by the FAA and supersede/preempt state law…We are disappointed in the judgment in this case and plan to appeal the rulings,” as reported by the Seattle Times.

The California law requires that workers be free from all job duties for 10 minutes every four hours and for a 30-minute meal break every five hours. Federal regulations limit flight attendants to a 14-hour work day, but they remain on duty during meal breaks.


Industry groups argued with the lower court’s decision to give flight attendants meal and rest breaks required by California law, saying it would lead to canceled flights and higher fares. The trade group Airlines for America said that the California law “will result in a patchwork of costly and conflicting state regulations,” adding that at least 19 states have laws covering meal and rest breaks. Lawyers for Alaska Airlines argued that the California law would be especially burdensome now, while airlines face labor shortages that are causing them to cancel thousands of flights, reported AP.

More CALIFORNIA LABOR LAW News
In its petition to the Supreme Court to hear its appeal, Alaska said federal law was designed to impose a uniform nationwide standard for airlines to follow. “Forcing airlines to give California-based flight attendants breaks while in the air would interfere with takeoffs and landings, "leaving planes stranded on runways at unpredictable times and causing cascading delays at airports nationwide,” reported Reuters.


Attorneys for the flight attendants said it was laughable to think a law that applies to a limited group of workers would make nationwide labor shortages and flight cancellations any worse. And the Federal Aviation Administration’s authority to pre-empt state laws only applies to measures affecting airlines prices, routes and services, and that states are otherwise free to regulate working conditions.