Is shorting workers “business as usual”?

Centerplate of Delaware Inc. , a multinational food and beverage company, has offered to pay $5.4 million to resolve stadium workers’ claims that the company failed to pay wages required under various provisions of California labor law. Raquedan v. Centerplate accuses the company of failing to provide meal breaks and sick days; as well as failing to pay for accrued vacation days, time spent waiting at security checkpoints and the cost of uniforms. 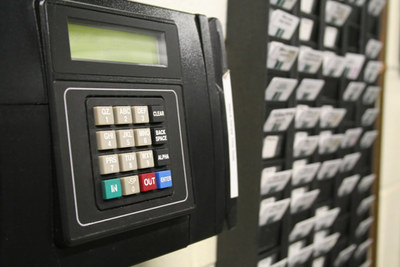 The class action lawsuit and the settlement that followed are, however, perhaps best understood in the context of a long history of underpayment allegations. This was not a one-time event.

Years of cutting corners on wages and hours


Centerplate gets sued regularly by similar plaintiffs with similar facts. A 2011 California labor lawsuit focused, like Raquedan, on meal and rest breaks, overtime and uniforms. Then there was the scandal about tips. Most sports fans who pay $10.50 for a draft beer or $7.50 for a hot dog think that the service charge is included – except maybe it never gets to the hawker gamely hiking the stairs.

At Super Bowl 50, to give another example, Centerplate food service workers complained that they had to arrive hours before clocking in and then had to wait hours after clocking out for company shuttles to take them to distant parking lots. They weren’t allowed to park closer and they were not paid for time off-the-clock.

According to a reporter who was there, the anger boiled over: “This is how they treat the 99 percent who gonna serve the 1 percent!” yelled a really tired person.

Those great stadium jobs seem to come with an unhealthy serving of volunteer hours.

But, as a lawsuit, Raquedan tries to do something better. It is not about a specific event or a specific stadium or a specific worker. The lawsuit tries to get hold of a regular practice. Part of the pattern involves cheating workers over hours –lots and lots of small-time cheating of people who are too tired to complain. Part of it involves paying up, but only when caught. Chapter three is about doing it all over again. Wash, rinse, repeat.

So, what should workers do?


A 2009 UCLA survey found that almost 30 percent of California workers were paid less than the minimum wage in the previous week, and almost 80 percent of workers who worked more than 40 hours a week were not paid the legally required overtime rate of pay. In any given week, low-wage workers in Los Angeles, alone, lost more than $26.2 million per week as a result of employment and labor law violations.

In 2015, then-governor Jerry Brown signed legislation to prevent companies from evading court orders pertaining to wage theft cases. It also gave the California Labor Commission the power to impose liens on the property of business owners who commit wage theft.

These provisions strengthened enforcement of minimum wage and overtime requirements, as well as rules relating to meal and break times and the requirement that employees be compensated for the cost of acquiring and maintaining a required uniform. It is now also clear that workers must be paid for even small amounts of time spent working off-the-clock.

Protect yourself, then get help


In many situations, however, a worker’s first line of defense will be his or her own time records. A worker who believes that he or she has been underpaid under the provisions of California law has a number of different legal choices, including retaining a private attorney. Whatever the legal avenue, an employee with accurate time records has a better chance of success.

More CALIFORNIA LABOR LAW News
The California Labor Commissioner Wage Claim makes the following suggestions: “Write down the time you begin and end work every day, when you take meal and rest breaks or heat recovery breaks, and the total hours you work. If you are paid by contract or piece rate … [k]eep track of the amount of time you spend on each contract or piece so that you can compare your total wages with the work you completed.”

Some of this timekeeping may be done electronically. Without making a recommendation, even the U.S. Department of Labor now offers a smartphone timekeeping app. In any event, workers should understand that wage theft is endemic in hourly-paid jobs. It is important to seek assistance as soon as possible.

Posted by
gary bercu
on March 18, 2019
I worked a full season for centerplate in Portland Oregon at the minor league baseball and soccer field. Is there any compensation for all the time they had us off the clock during my tenure there?