According to California’s Division of Labor Standards Enforcement, it is a known problem: construction companies often pay workers a flat rate rather than for all hours worked, in order to evade having to pay workers the rate required under state laws. This is wage theft, and it is a violation of California state labor laws. The state Labor Commissioner’s Office began an investigation into Fullerton Pacific Interiors Inc. (“Fullerton’s”) practices after employees reported the company to a nonprofit labor management organization, Carpenters Contractors Cooperation Committee. The outcome of that investigation was a $1.9 million dollar penalty, to be distributed primarily to the workers who were shorted pay. 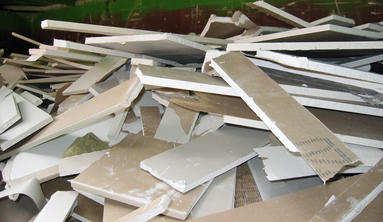 
Fullerton is a drywall company that erected drywall in hotels, rec centers, and casinos over a two-year period in Los Angeles, Orange, and San Bernardino Counties. Fullerton employees who installed and taped drywall were only afforded half hour meal breaks, but no rest breaks as required under the California labor code. According to investigators from the California Department of Industrial Relations, between August of 2014 and June of 2016, Fullerton failed to pay 476 employees the wages they were lawfully entitled to under California prevailing wage law. Most of these workers were denied overtime pay (being paid a flat rate instead) but many others were not paid minimum wage. The workers at issue performed work on 26 separate construction projects in Southern California. Generally speaking, wage theft is when a contractor intentionally underpays its employees in order to amplify profit margins. The Labor Commissioner, Julie A. Su, has been outspoken about wage theft for many years, publicly campaigning for the rights of workers by bringing attention to, and the resources available to them, to report or combat wage theft violations. Su has taken a multilingual approach to encourage all workers to step forward and report violations of California employee labor law.

Distribution of the $1.9M Penalty Award: Where Does the Money Go?


California prevailing wage law requires employers to pay workers for one 10-minute rest break for every four hours worked. If they are not provided with such a break, as required by the Industrial Welfare Commission orders for their particular job, they must be paid a full hour of regular pay for every workday that they are not provided a break.

The $1.9 million here is a penalty issued against Fullerton by the State of California. Administrative penalties such as these are different than the damages that might be awarded in a civil California labor lawsuit, because they are paid directly to the State. However, California labor employment law requires much of this penalty to be distributed to the workers who were shorted lawfully earned pay. Specifically, workers who are paid less than minimum wage are entitled to liquidated damages for the amount of wages that they were shorted, plus interest. If an employer intentionally fails to pay an employee who has severed service for any reason, additional penalties will be imposed.

In addition, employers who violate California prevailing wage laws will be assessed civil penalties that must be paid directly to the State General Fund. These penalties can add up, running $50 per worker for each pay period for an initial violation, which doubles for repeat offender-employers.

In this case, the Fullerton workers stepped forward and reported their employer’s unlawful practice to a nonprofit organization. However most enforcement actions begin with a payroll audit of the previous three years to determine what laws were violated, if any, and to calculate the amount owed both to workers and the State.


Employers in the state of California cannot engage in unfair immigration-related practices when employees assert their rights under the California labor code. In other words, undocumented immigrants have the same right to minimum wage, overtime, and rest breaks as any other employee. If an undocumented worker reports their employer to the authorities for California labor law violations, or simply confronts them about it, their employer cannot threaten to contact immigration authorities in retaliation. Employers who do engage in such retaliatory conduct can have their business license revoked or suspended under AB 666.