SkyWest flight attendants are proceeding with their meal and rest break proposed class action after a California judge rejected the airline’s argument that federal regulations governing the airline industry preempt their claims. 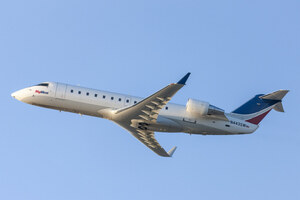 Virgin America is headquartered in Burlingame, California. It’s policies stated that:
Flight attendants Tremaine Wilson and Lauren Becker claimed that they were assigned to "reserve" and "in-flight" shifts.  While on the reserve assignments they spent anywhere from 8-12 hours on call in case they were called to work on a flight. This prevented them from taking off-duty breaks while on call. As for in-flight shifts, they were barred from any off-duty breaks because other work needed attention, including assisting with the passengers exiting the plane, cleaning and preparing the plane for its next flight leg, and boarding passengers for their next flight.

More CALIFORNIA LABOR LAW News
Judge Chhabria brought up the California law that states employers are allowed to seek exemptions from rest breaks if complying with them "would not materially affect the welfare or comfort of employees and would work an undue hardship on the employer," and flight attendants seem like the "prime example of employees who would qualify for such an exemption." As for meal breaks, the judge noted that California law allows “on duty” meal breaks if "the nature of the work prevents an employee from being relieved of all duty" and the parties agree to an on-duty meal break "by written agreement." So SkyWest has some wiggle room.

"SkyWest argues that neither of these provisions actually reduces the burden imposed by complying with the statutes, but adopting SkyWest's position requires interpreting California law in an absurd way," Judge Chhabria said.

According to Law360, "SkyWest does not contend that it complied with California's meal and rest break requirements, and the plaintiffs have submitted evidence that they were neither given the required breaks nor compensated with additional pay," the judge said. "The plaintiffs' partial motion for summary judgment as to SkyWest's liability on the meal and rest break claims is thus granted."