California Appeals Court rules that See’s Candies employee can sue for negligence over a family member’s death due to COVID-19.

A California Appeals Court ruled that a See’s Candies worker can move forward with a labor lawsuit alleging the company’s lax COVID-19 safety protocols caused her husband’s death. The company had argued that it couldn’t be held liable for an injury or illness that a non-employee suffered outside their workplace. 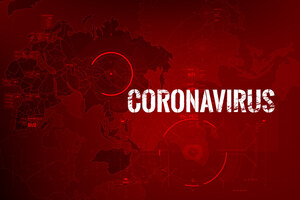 According to the lawsuit filed by factory worker Matilda Ek, she contracted COVID-19 at work because of See’s Candies failure to implement adequate safety measures. Ek worked on the packing line without safe distancing to other employees and without other proper safety measures when the COVID-19 outbreak began. Between March 1 and March 19, 2020, some workers on the line “were coughing, sneezing and showing other signs of COVID-19 infections”. After becoming infected, Ek stayed home from work, and as a result, her daughter and her 72-year-old husband also caught the virus. Her husband died one month later.


Matilda Ek and her daughters first sued See’s Candies in January 2021. See's had sought a demurrer in the suit and argued that the Worker's Compensation Act (WCA ) is the only remedy available to Ek for her husband's death under the derivative injury doctrine, which applies to injuries to third parties, according to Law360. One year after Arturo Ek's death, Superior Court Judge Daniel M. Crowley overruled See's Candies' demurrer. He found the company couldn't escape the lawsuit and Ek’s complaint was not subject to workers' compensation law because it is not about the illness she suffered after contracting the virus, but over her husband's death allegedly because he was exposed to the virus that she brought home from work.

More CALIFORNIA LABOR LAW News
See’s Candies (owned by billionaire Warren Buffett and his conglomerate Berkshire Hathaway) argued that it could not be held liable for an injury or illness that a non-employee suffered outside their workplace and that Arturo Ek's illness and death arose directly from his wife's workplace illness. In other words, the Ek family can only pursue a remedy under the WCA and can't bring claims of negligence and premises liability. But a California appellate court sided with the Ek family. Justice Helen Bendix wrote in the 3-0 ruling that, “When a person suffers a disabling or lethal injury, the harms they suffer from that injury necessarily extend beyond the injured person to those who love and/or depend on that person.”  The San Francisco Chronicle reported that this decision was apparently the first by a “California appellate court on an employer’s responsibility for coronavirus that a worker transmitted to family members."

Ek’s attorney Joel Krissman said, "The Court's decision is consistent with California Supreme Court precedent allowing such non-employee injury and death claims where it is alleged, as in this case, the Defendant's negligence was a cause of the injury or damages. The Ek family would otherwise have no remedy for this tragic loss when a negligent employer allows a potentially deadly pathogen to spread in its plant which then infects family members, as we have alleged in this case."

The case is See's Candies Inc. et al. v. Superior Court of California for the County of Los Angeles, case number B312241, in the Court of Appeal of the State of California, Second Appellate District.