Safeway is facing a California wrongful death lawsuit after an employee contracted COVID-19 and died, while McDonald’s is also accused of safety violations.

Pedro Zuniga and at least 51 other Safeway workers contracted the coronavirus in “dangerous and hazardous conditions” at the company’s warehouse but they were not given personal protective equipment nor did they social distance. Instead, they were forced to work in close quarters and deterred by their employer from calling in sick. Mr. Zuniga died and his widow filed a wrongful death lawsuit. McDonald’s employees also filed a class action lawsuit for similar reasons under California labor law, but they aren’t seeking financial compensation. 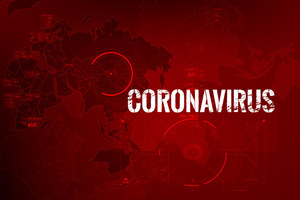 
Zuniga worked with about 1,700 at the Safeway Distribution Center in Tracy, California. The gigantic warehouse was hit by COVID-19 outbreak in mid-March but Safeway did nothing about it, according to the wrongful death lawsuit. On the contrary, Safeway posted a sign in March at the distribution center regarding employee guidelines on coronavirus. It specifically informed workers that personal protective gear such as masks and gloves were not recommended although advice by both federal and state authorities said otherwise.

Some workers who were ill with the virus were “required” to continue to work, including extra shifts. And workers who spoke about their concerns were threatened with losing “points,” which could lead to termination, according to the lawsuit.

By April 1, Zuniga tested positive for the virus and he was admitted to hospital. He died on April 13 of complications caused by COVID-19. Attorney Paul Matiasic, who is representing the  Zuniga family, accuses Safeway of putting production and profits over the protection of its workers.

The wrongful death lawsuit argues that Safeway concealed the outbreak and failed to implement any coronavirus safeguards until after Zuniga was hospitalized and critically ill. Matiasic says that elderly family members also died from the virus after Safeway workers who were sick brought it home.

It wasn’t until after Zuniga’s death that Safeway said all employees would undergo thermal temperature readings and a health screening before entering the Tracy facility, reported Mercury News. In a separate but companion class-action lawsuit filed in Alameda County Superior Court, Safeway is also accused of various California labor code violations.

More CALIFORNIA LABOR LAW News
McDonald’s has also been accused of not providing employees with necessary protective equipment from coronavirus, but the class action lawsuit wants the fast-food giant to “provide employees with enough gloves, masks and hand sanitizer, in addition to training on how to prevent the spread of the virus,” reported the Wall Street Journal. In its 59-page guide, McDonalds suggested employees: But plaintiffs say they weren’t given enough of the above items. Employees at one Chicago location claimed they only received masks after striking, and afterward they were given only one mask each to wear every shift. The lawsuit states that “The damage done by McDonald’s decisions is not confined to the walls of its restaurants, but instead has broader public health consequences for …the entire country,” reported Reuters.

McDonalds can likely face more California labor lawsuits over how it mishandled the pandemic. Already three locations in Los Angeles and San Jose have sent notices of intent to sue to the California Labor and Workforce Development Agency and the California Division of Occupational Safety and Health. McDonald’s has 33 days to address their employees’ coronavirus-related allegations before it goes to court.