In 2016, Katie Fanelli filed a lawsuit in the Superior Court of California for the County of San Francisco alleging that her employer, Rothenberg Ventures Management Co., violated California state labor law by failing to pay workers overtime and stiffing them of their final paychecks when the company laid them off. As of November, the court seemed inclined to permit the lawsuit to proceed as a class action, covering all former employees between 2012 and 2016 who had claims of less than $75,000. It is, realistically, the only way that individuals with relatively small wage claims can seek relief under California employee labor law. 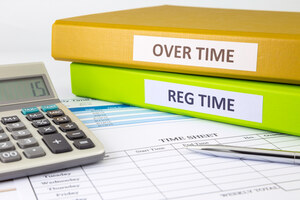 That, however, is only one story from chaos that includes an SEC civil suit, multiple criminal charges arising from schemes to defraud investors and banks, and a separate personal injury lawsuit that claimed Mike Rothenberg had posted Fanelli’s social security number online. Another executive was asked to put more than $100,000 in business expenses on a personal credit card but was never repaid. Rothenberg, once described as Silicon Valley’s “party animal” seems to have brought an 'Animal House' management style to the task of managing other people’s money.

The end of the end


It is not entirely clear when end began, but Rothenberg Ventures, which once had about $50 million under management, appeared to run out of money by the summer of 2016. Shortly thereafter, the company laid off all its employees except for the company lawyer. Fanelli claims that the company violated California labor codes "by failing to provide the employees with their final paycheck and thereby denying them payment for all hours worked." The complaint also alleges that the firm failed to pay vested paid time off, expenses, or any overtime.


The spectacular crash of a high-flyer makes a good story, but in fact, it is often the workers who get  badly burned. So, this seems like a good time to review the basic wage and hour protections available to California workers.

For employees in California, employment in excess of eight hours in any workday or more than six days in any workweek must be compensated as overtime at not less than: The calculation of the “regular rate of pay” should include nondiscretionary bonuses and vested paid time off. Management employees and independent contractors are not, however, covered by these protections.

In addition, an employee who is discharged must be paid all of his or her wages, including accrued vacation, immediately at the time of termination. The same is true of employees without written employment contracts who give at least 72 hours prior notice of their intention to quit.

Employees are also entitled to an itemized pay stub that includes: Under California Labor Code Section 226, employers are required to maintain the records necessary to report this information within the time required.

Independent contractors are often more vulnerable to problems collecting their pay and generally must bring their lawsuits as contract actions under the terms of their individual contracts. Many choose instead to contest independent classification, contending that they should be treated as employees.


Because wage claims are typically small, workers are rarely able to bring them except in the context of a class action lawsuit. Counsel for the company challenged the plaintiffs’ request for class action certification, alleging that the individual workers’ claims were so different from one another that they should not be combined in one lawsuit. In other words, they lacked the element of “commonality.”

Superior Court Judge Anne-Christine Massullo apparently found a sufficient commonality in the employer’s record-keeping requirements. She specifically cited the requirement that California companies maintain accurate records that will guide what each employee is owed.