Rite-Aid not doing it Right

Former Rite-Aid employees have been granted class certification regarding their complaint the pharmacy retailer violated California labor law by failing to reimburse them for uniforms. Another lawsuit accuses Rite Aid Corp of unpaid wages.

A California federal judge says Rite Aid violated California labor law by not reimbursing its employees for their uniforms. And one month previously, in May, Rite-Aid was hit with another lawsuit. Along with Thrifty PayLess Inc., about 10,000 employees may be owed wages for time spent undergoing off-the-clock security checks. 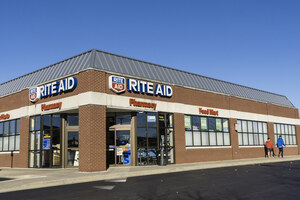 
Judge Lucy Koh granted class certification to 26,000 current and former Rite Aid employees, finding the pharmacy retailer’s companywide policy affected all workers in California. According to Law360, Judge Koh wrote that the workers provided "significant proof of a common question of whether [they] were required to purchase clothing as a condition of their employment". The plaintiffs also produced a survey showing nearly all employees wore khaki pants and blue polo shirts, proving that the workers “understood” they were required to wear such clothing.

The survey was imperative because Rite Aid said employees can wear anything they choose, as long as they wear a vest provided by the pharmacy retailer. Rite Aid argued that providing a vest means employees don’t have to pay for any clothing to meet the dress code. In attempting to oppose the class certification, Rite Aid said the “individualized nature of determining what is necessary for each employee precludes resolution on a classwide basis.”

In the recent Rite Aid case, at least 10,000 employees are required to undergo mandatory security inspections while they are off-the-clock during meal breaks and at the end of their shifts.

In some cases, failure to pay additional wages or overtime for mandated work performed off the clock effectively drops minimum wage earners below the minimum wage threshold. That could have legal implications for the employer, not to mention the accompanying financial hardship for the employee.

The California Labor Law also states that employees must be compensated overtime wages if their employers do not allow uninterrupted meal breaks, and if they work more than 40 hours in a week.