Former intern has sued rocket company SpaceX for alleged retaliation against her after she complained of sexual harassment.

Over the course of three summers, former SpaceX intern Julia Crowley-Farenga claims that she was sexually harassed. In her California labor lawsuit, the (now) NASA engineer claims she was retaliated against for filing a sexual harassment complaint to human resources of Elon Musk’s rocket company. 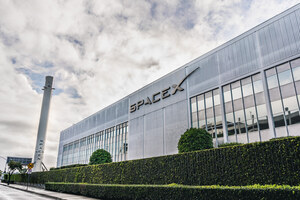 The lawsuit, filed August 21, claims that line manager Erik Palitsch made “unwelcome advances,” including long meetings (up to two hours while male interns were allotted 30 minutes each) and “possessive and jealous” behavior, according to Business Insider.

According to her lawsuit, she told HR that Palitsch said, “You are unique, I could spend the rest of my life trying to figure you out,” and “be careful who you are seen talking to, people may get the wrong impression about why you are here.”

Julia Crowley-Farenga worked all three summers from 2015-2017 under the same line Manager. After reporting harassment to HR in 2017, Crowley-Farenga met with Will Heltsley, the vice president of the propulsion division, who admitted that there was definitely "some problematic behavior happening”. Heltsley offered her a transfer to a different team, and Crowley-Farenga accepted, understanding that she had no choice but to accept or continue to work with Palitsch. But that choice turned out to be just as bad – or worse. (Erik Palitsch conveniently left SpaceX in 2018 and started his own company.)

According to her lawsuit, Crowley-Farenga received five outstanding performance reviews but after three summers, the sixth was negative, despite her frequently asking for feedback and being told she was “doing fine”. When she applied for a full-time position after she graduated from university, Crowley-Farenga was told that the position would be given to someone with more experience. "However, she later learned that Heltsley had prevented her from being hired," the lawsuit said.

“Around January 2018, Heltsley told Crowley-Farenga that she was not getting an offer because of low performance, but that she was still eligible for rehire,” states the lawsuit. A lead engineer in her department said there was no indication that she wouldn’t get the job.

More CALIFORNIA LABOR LAW News
The misconduct (i.e., gender complaints) was performed or ratified by managing agents of the company, including Palitsch, Heltsley and others. The lawsuit accusing the managers of: The NASA engineer is now seeking legal action for damages to cover "Emotional Injuries, Including Nervousness, Humiliation, Depression, Anxiety, Embarrassment, Anxiety, Shock, Pain, Discomfort, Fatigue, and Anxiety" from the SpaceX experience.