Was this a lost opportunity to clarify joint employer responsibility guidelines?

Papa John’s International has asked the Central District of California to approve a $3.4 million settlement to end a lawsuit that claimed the pizza chain failed to pay workers for required training time. The conduct described violates the Fair Labor Standards Act as well as wage requirements of New York and California labor law. 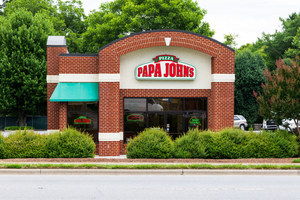 Among the issues left unresolved is whether Papa John’s International, Inc. should be held liable for the wage violations of its franchisees. In 2019, an estimated 8.43 million  Americans were employed by franchise businesses, including fast-food chains. Many of these are minimum wage workers who can ill afford unpaid training hours. Requiring unpaid job training is clearly against the law. Who is responsible, though? That’s the issue.


Sofia Avalos, several other California Papa John’s pizza delivery workers, and a proposed class of other hourly employees were required to complete online training modules about how to deliver pizzas, make pizzas, greet customers and other topics.

But they had to do this before clocking in or after clocking out. They were not paid for the time spent on the corporate training site. In their Complaint, the workers claim that this practice was common across Papa John’s facilities nationwide. Because of the way that training was logged, Papa John’s International either knew or had reason to know that it was being completed outside of working hours.

Furthermore, because the workers total hours were being undercounted, calculations of minimum wage, overtime pay and final wage statements were also inaccurate.

Workers must be paid for required training time


These allegations, if accurate, describe conduct that clearly violates federal, California and, for a certain subset of workers, New York law. About this, there is no dispute.

The federal Fair Labor Standards Act (FLSA) requires that mandatory training time that is related to the performance of an hourly employee’s job must be paid. The federal Portal-to-Portal Act, which amends FLSA, supports a similar conclusion.

The California Labor Code requires that compensable hours must be paid at the state-mandated minimum wage with overtime compensation of one and one-half times the regular rate of pay for all hours worked over forty per week or over eight per day.

Know when to fold ‘em


Discretion being the better part of valor, Papa John’s International decided to settle. Under the terms of the agreement, 30 percent of the gross fund will go for the worker’s attorney fees and $80,000 will go toward legal costs. Papa John’s will pay $185,000 to administer the settlement. Hourly employees of corporate-owned stores who submit a claim will receive payments of up to $166, and employees of franchisees will get $50 gift cards.

The allocation of the settlement proceeds may be worthy of separate discussion. The issue for the other 8 million underpaid franchise workers has to do with why it was so important for Papa John’s International to avoid a binding legal decision.

There was always the risk that the Central District of California would decide that Papa John’s, the corporate parent, was a joint employer of the pizza delivery workers. The settlement dodges that bullet because settlements create no precedent. Even if the $50 gift card provision didn’t sting, the lack of a precedent is a victory for the corporate defendant.

Why workers look up the corporate chain for financial responsibility


Many individual franchises, whether for your local Little Caesars or College Hunks Hauling Junk, are owned and run by partnerships or LLCs that may be thinly capitalized. After purchasing the franchise, Joe and Bob may not have much left, or if they have good legal counsel, they may have shielded their assets from worker lawsuits. Minimum wage workers can’t afford to work for free, but neither can they afford a moral victory.

When the dispute involves a large class of workers, it is important to get to the deep pockets of the corporate parent. It may be legally justified when the corporate parent exercises substantial control over the management of the individual franchise. The workers’ Complaint suggests that they may have had evidence, including time records, to support such a claim against Papa John’s International.

Who is a joint employer?

More CALIFORNIA LABOR LAW News
The National Labor Relations Board guidelines for answering this question have been in flux in recent years. The issue has been the difference between direct and indirect control. Between 1984 and 2015, a corporate parent was generally not held to be an employer unless it exercised direct and immediate control over the terms and conditions of a worker’s employment. Direct control did not include setting minimal hiring or conduct standards or setting deadlines for services. This might arguably extend to training.

Under the 2015 NLRB decision in Browning-Ferris Industries, the NLRB allowed a company to be considered a joint employer even if its control over another business's employees was indirect, limited or contractually reserved but never exercised.

In 2020, however, the NLRB announced that it was reinstating the earlier rule. This is a hotly contested issue that is clearly of great importance to franchisors, franchisee businesses and the employees who work for franchises. It’s little wonder that Papa John’s was in no hurry to rush into the fray.