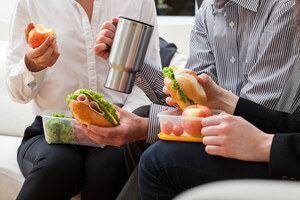 In 2018, the Court of Appeal affirmed the trial court’s grant of summary judgment to the defendants in Donohue v. AMN Services, LLC. The court held that AMN’s rounding policy was neutral on its face and was used in a manner that did not result in a failure to pay employees over the period of their employment.

The latest appeal raises the issue of whether the rounding practice allowed AMN to avoid paying premiums for missed or curtailed meal periods. Thus, the question is not just whether the 46,000 employees allegedly affected were properly paid for all hours worked and overtime, but whether they got the additional pay that would have been due under California Labor Code Section 226.7.


Kennedy Donohue worked as a nurse recruiter for AMN Services between 2012 and 2014. AMN used a computer-based timekeeping system called Team Time, which rounded punch-in and punch-out times to the nearest 10-minute increment. AMN’s written policy stated that recruiters were provided meal and rest breaks in accordance with California law, and were to accurately report their meal breaks. The policy also stated that recruiters were paid a premium whenever their time records indicated that they had not taken a 30-minute meal within the time frames established by the California Wage Orders.

When Donohue began work with AMN in 2012, the company had a policy of automatically paying a premium for meals that were not taken within these time frames. It then changed its practice.

Under the new procedure, when an employee had a meal period that appeared to be late or short, a drop-down menu would appear to ask the recruiter to indicate whether she had the opportunity to take a timely meal period. The recruiter would get premium pay if she indicated that she had not received that opportunity.

In 2014, Donohue brought a class action lawsuit against AMN Services alleging a variety of California wage-and-hour laws violations. The trial court concluded that the meal-break tracking program complied with the California labor code. In 2018, the Appellate Court, in upholding the trial court’s dismissal of the Complaint, specifically noted that AMN had presented compelling evidence that, over time, the rounding policy did not result in underpayment, but may have caused the employees to be overpaid.


Under the California labor code, employees who work at least five hours must get an unpaid, duty-free meal break of at least 30 minutes. When this meal period is not provided or is taken late, the employer must pay the employee an extra hour of pay for the day. Unless the employee is relieved of all duty during his or her thirty-minute meal period, the meal period shall be considered an "on duty" meal and must be compensated at the employee's regular rate of pay.

Under See’s Candy Shops, Inc. v. Superior Court, California employers are entitled to use a rounding policy to account for their employees’ shift start and end times, as long as the rounding practice is “fair and neutral on its face” and does not fail over time to properly compensate workers for actual time worked. In Donohue, the Court of Appeal took the further step of applying this principal to meal breaks, as well.

Plaintiffs’ chance at success before the California Supreme Court in their latest appeal will depend their ability to draw a distinction between total hours of compensable time and unpaid meal time. The difference may lie in California Labor Code Section 226.7, which penalizes employers for failing to offer legally compliant meal and rest periods.

The effect of the penalty


Generally, when a nonexempt employee is not permitted to take a compliant meal or rest period, Labor Code Section 226.7 requires that the employer pay the employee one hour of regular time pay for the violation. This seems to lead to a different result than the averaging approach of See’s Candy Shops.

More CALIFORNIA LABOR LAW News
Under See’s Candy Shops, the answer would appear to be 16 hours, because the average length of the two unpaid duty-free meal breaks was 30 minutes, as required by law. Under Labor Code Section 226.7, however, the answer would appear to be 17 hours (8 hours and 10 minutes for Day 1, plus one hour of regular time pay for the violation of the meal break rule, plus 7 hours and 50 minutes for Day 2 because of the overly-long lunch break). Multiply that academic example by several years, multiple violations and 46,000 workers, and it becomes a substantial sum of money.

The effect of employee verification


AMN has raised, as a defense, that the employees were given the chance to confirm whether they were offered the opportunity to take the full 30 minutes. At oral argument on December 1, some of the California Supreme Court justices seemed sympathetic to plaintiff counsel’s reply that employees may be reluctant to counter an employer’s determination of compensable time and that the overall scheme seems to shift time-keeping responsibility to the worker.

We shall see. The imposition of a penalty under Labor Code 226.7 may deter some employers from careless or deliberately negligent timekeeping.