Ninth Circuit: Workers Must be Paid for Call-in Shifts

Court holds the line as employers advocate for enforcement leniency

In Herrera v. Zumiez, Inc., the Ninth Circuit affirmed that, under Wage Order No. 7 and the California Labor Code, workers must be paid if they are required to call in prior to a scheduled shift to determine whether they should actually come to work. The ruling, which follows the Court of Appeal’s reasoning in Ward v. Tilly’s Inc., involves some fine legal dicing of the phrase “report for work.” Herrera’s class action lawsuit may take on additional significance as financially strapped California employers search for ways to shave employee costs. 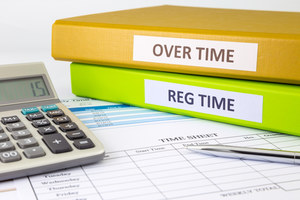 No pay for calling in


From August 2014 through March 2015, Herrera worked as a Sales Associate at a Zumiez retail store in Chico, California. Zumiez scheduled Herrera and other employees for work according to two scheduling policies. "Show-Up" shifts required employees to report for the shift by physically showing up at a Zumiez location. "Call-In" shifts required an employee to call the manager to find out if he or she should show up. A Call-In shift might follow a Show-Up shift. Under either circumstance, the telephone call had to be made within a set period of time before the Show-Up shift.

Employees were not paid for Call-in shifts unless they were permitted to work and were not paid for the time they spent on the phone with their managers. Herrera and other employees claim that Zumiez’s failure to pay reporting time wages for Call-In shifts violated the requirements of California Wage Order 7. In addition, they claimed that the practice violated provisions of the California Labor Code requiring payment of minimum wage, recordkeeping and reporting requirements and payment of all earned wages upon separation from employment.


Wage Order 7, requires that for "[e]ach workday an employee is required to report for work and does report, but is not put to work or is furnished less than half said employee's usual or scheduled day's work, the employee shall be paid for half the usual or scheduled day's work" in an amount no less than two hours' wages and no more than four hours' wages.

The essential question in Herrera is whether calling one's employer at an appointed time before a scheduled shift constitutes "report[ing] for work" under this provision. The other California wage and hour claims depend on the answer to this question.


While Herrera was pending, the California Court of Appeals Court effectively answered the question. Ward v. Tilly’s depends largely on an analysis of the policy objectives of Wage Order 7 and concludes that:

“Like requiring employees to come to a workplace at the start of a shift without a guarantee of work, unpaid on-call shifts are enormously beneficial to employers: They create a large pool of contingent workers whom the employer can call on if a store's foot traffic warrants it, or can tell not to come in if it does not, without any financial consequence to the employers. This permits employers to keep their labor costs low when business is slow, while having workers at the ready when business picks up.

In other words, if the worker is not paid for calling in, he or she is subsidizing the employer’s effort to cut costs. The burden of business flexibility is shifted to the party least able to bear it.

A sentiment appears to be bubbling in the California business community that the economic hardships created by COVID-19 closures should exempt employers, at least temporarily, from complying with wage and hours laws or at least limit the state’s ability to enforce those laws.

The employers’ incentive to minimize labor costs has very likely increased. But the hardships of COVIID-19 closures may have actually fallen on workers even more heavily than then they have on employers.  The holding of Herrera suggests that the policy of protecting workers still trumps California’s interest in protecting business.