Limits PAGA as a tool of California labor law enforcement

On May 28, the Ninth Circuit reversed a decision by the Northern District of California that had required Walmart to pay $102 million in penalties for violations of the California Labor Code. The Ninth Circuit’s decision in Roderick Magadia v. Wal-Mart Associates was a blow to thousands of Walmart workers. It may also have significant repercussions for the future of California labor lawsuits under the Private Attorneys General Act (PAGA). Ultimately, the latter may be more of a problem. 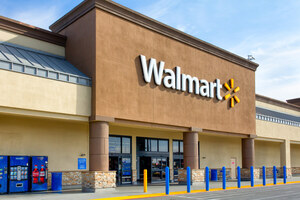 The problem of incentive payments


Roderick Magadia worked an hourly job for Walmart from 2008 to 2016. On his last day of employment, Walmart gave him his final paycheck and a statement of final pay, which did not include pay-period start or end dates. Walmart corrected that omission on the next regular payday.

Magadia sued Walmart, claiming that: He also sought civil penalties for all three claims under PAGA.

At the outset, it is important to acknowledge that Walmart’s pay scheme is fairly complicated – made up of a regular hourly wage, overtime payments and MyShare bonus payments. The lawsuit focuses on the MyShare bonuses. In essence, though, Magadia’s lawsuit includes two different kinds of claims – that his final pay statements did not include all the information required by law; and that he was underpaid.

Although regular hourly wages and overtime are calculated per pay period, MyShare bonuses have a “look back element. The calculation is based on the difference between employees’ overtime rate over the quarter and the overtime rate that would have been in effect if the MyShare bonus had already been factored in. The employer then reports both the bonus and the adjusted overtime pay as lump sums on the wage statements issued to employees at the end of each quarter.

Four issues were the basis for the rest of the litigation:

The issue of "Standing"


The issue of “standing” focuses on who has the right to bring a lawsuit – not nosy bystanders, for instance. At a more sophisticated level, however, it may involve considerations of the purpose of a law. This gets especially complicated with a statute like PAGA, which has a public purpose. That slides seamlessly into the question of who is harmed.

With respect to the wage statement claims under California Labor Code section 226(a)(9), the District Court found that Roderick Magadia had no standing. The Ninth Circuit reversed because the purpose of that section of the Labor Code is to ensure that workers have enough information to make sure that their pay is calculated correctly. For standing purposes, the harm that he and other workers allegedly suffered was lack of information.


Nonetheless, the Ninth Circuit found that, under California Labor Code section 226(a)(9), the plaintiffs should not recover because they had not been harmed.

“An employer, semimonthly or at the time of each payment of wages, shall furnish to his or her employee…. an accurate itemized statement in writing showing.… (9) all applicable hourly rates in effect during the pay period.”

The Ninth Circuit decided the Magadia and others had not been harmed because the phrase “hourly rates in effect” should not be interpreted to include the MyShare bonus payment. The word “hyper-technical” has been used in criticism of the claims brought by the Walmart workers. There is an argument that the same might also be said of the Ninth Circuit’s construction of the phrase “hourly rates in effect. It seems to leave some forms of payment unregulated by California labor law.

In any event, the decision about Section 226(a)(9) doomed the rest of the claim. If Magadia and other workers could not show a legal injury, they had no compensable claim for reporting violations or underpayment. Since they had no injury for which California labor law had a remedy, there was no basis for a PAGA claim.

More CALIFORNIA LABOR LAW News
PAGA, however, is a law that has a distinctly public purpose, and it is an essential part of California’s labor law enforcement strategy. It permits individual plaintiffs to bring lawsuits on behalf of the State. California courts have wrestled with the question of whether an individual, who brings a PAGA claim as the representative of a larger group, must share in all of the individual injuries alleged.

Previous decisions have suggested an employee harmed by one or more California Labor Code violations could pursue PAGA claims based on other violations suffered by other members of the group, even if he or she had been directly affected. The Ninth Circuit’s Magadia decision, on the other hand held that “Magadia lack[ed] standing to bring a PAGA claim for Walmart’s meal-break violations since he himself did not suffer injury.”

On this point, the decision circles back around to the issue of standing, and this may ultimately be its longest-lasting impact. The decision may seriously limit the availability of PAGA as a California labor law enforcement tool.