Drivers must be paid for mandatory rest breaks

On January 6, the Ninth Circuit affirmed a $54.6 million jury award for Wal-mart's truck drivers under the provisions of California labor law. Wal-mart had challenged the 2016 District Court decision in Ridgeway v. Walmart, Inc. on a variety of grounds, including lack of jurisdiction, the certification of a class of similarly situated plaintiffs and the applicability of the Federal Aviation Administration Authorization Act of 1994. 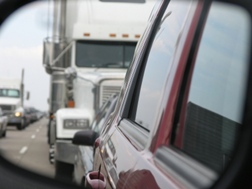 However, the lasting impact of the Ninth Circuit’s opinion will likely arise from the Court’s reaffirmation of California’s definition of compensable work. Under California labor law, “hours worked” include  all time an employee is subject to the employer’s control and all time the employee is suffered or permitted to work, regardless of whether the employee is required to work. It’s about employer control, not the performance of certain tasks.


A long haul for fair pay


The lawsuit, which was first filed in 2008, alleges that Wal-mart violated California meal and rest break laws under the compensation scheme used to pay its truck drivers. Wal-Mart paid truckers through an activity-based pay system. That system included three elements: Wal-mart did not pay drivers for layovers, rest breaks, and inspections. However, under California and federal law, truckers must take breaks. During mandatory breaks, drivers may take “sleeper berth” time or “off duty” time, but may not drive. Time spent on layovers cannot be interrupted; otherwise, the ten-hour rest period begins anew.

The Wal-mart pay manual requires drivers to obtain preapproval to take a layover at home and states that taking an “[u]nauthorized break at home” is “unacceptable and may lead to immediate termination.” At trial, several drivers testified that they understood that they were required to sleep in the truck on layovers and were supposed to seek permission to sleep elsewhere. Additionally, drivers testified that they were under the impression that they were not allowed to consume alcohol, could not carry a personal weapon, had to seek authorization to have a guest in the tractor, and were not allowed to have a pet in the cab during a layover. The court found this sufficient to support a finding that Wal-mart controlled drivers on layovers, within the meaning of California labor law.

Public perception of these rest requirements focuses on the safety of those who share the road with long-haul truckers rather than wage issues. It leapt into the news in 2014 when a Wal-Mart truck accident seriously injured SNL’s Tracy Morgan and killed comedian James McNair. The truck driver had been awake for more than 24 hours when the crash occurred.

Nonetheless, it may be state wage laws that may provide the most effective mechanism for protecting the interests of both motorists and truckers.

Ridgeway consistent with other trucking decisions


The trucking industry is often dealt with as a separate subset of employment law, because of both the interstate nature of the industry and extensive federal regulation.

Nonetheless, federal courts have increasingly upheld laws that require time and employer control-based pay systems rather than mileage-based schemes. In January 2019, the District Court for the Western District of Arkansas required PAM Transport to pay drivers minimum wage for every nonsleeping hour spent in the truck.

In 2017, a federal jury awarded $779,127 in a class action lawsuit against Werner Enterprises Inc. after the company allegedly violated minimum wage laws by failing to pay driver trainees for 20-minute rest breaks.

In 2016, C.R. England was ordered by a California District Court to pay drivers $2.35 million for failure to pay for rest breaks and failure to pay minimum wage for all hours worked, including non-driving time.

Consistent with decisions in non-trucking California wage and hour lawsuits

In a sense, this imports some of the basic thinking about the difference between employees and independent contractors into the realm of wage law. How it may feed back into the way legal protections apply to gig workers may be the next big question.