A long-running California labor lawsuit against a trucking firm came to an abrupt end late last month when a federal judge in the state threw out individual wage and hour claims from a plaintiff who had originally put forward his California labor code lawsuit as a class action, since decertified. At the end of the day, the judge in the case determined there was insufficient evidence in the court’s view to prove that plaintiff James Cole had been underpaid, or had not been allowed to take adequate rest breaks and meal periods as guaranteed under California and labor law. 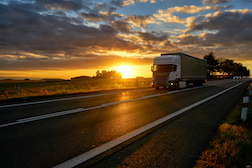 The California labor lawsuit, since tossed out, has had a checkered journey over the nine years of its existence. The litigation was proposed as a class action, and was certified as such by Judge Phillips in 2010. The case was then stayed for several years pending a ruling by the California Supreme Court, which was then appealed to the Ninth Circuit, which ruled in 2015 that the dismissal of the plaintiff’s meal break and rest period claims by a lower court was in error. The Ninth Circuit revived those claims.

But then Cole’s California labor code class action suffered another setback when Judge Phillips reversed her original certification and issued the second of two decertification orders last year following a determination that the plaintiff wasn’t able to satisfy the predominance requirement.

The decertification preserved Cole’s individual claims, but only for a time.
On March 30 of this year the judge threw out the last remaining vestiges of the plaintiff’s California employee labor lawsuit in her dismissal of Cole’s wage and hour claims.

“There is ample evidence in the record that [CRST] did, in fact, encourage plaintiff to take breaks,” Judge Phillips said in one part of the ruling. “Although it may be true that plaintiff did not take breaks, the decision appears to have been his and his alone.”

According to court records, the defendant utilized a mileage-based compensation system based on a certain stipend representing each mile driven by one of two drivers assigned to a truck. On the surface, such a system might encourage the drivers to drive for longer periods in order to increase their wages.

The defendant noted that drivers were trained not to drive more than five hours at a time without taking breaks – and were also trained to take a break if they felt fatigue coming on. CRST is described as having encouraged their drivers to adhere to such policies.

The plaintiffs argued that CRST didn’t do enough to police those polices, in violation of California state labor laws.

However the judge shot that position down, noting that a precedent observed by the California Supreme Court holds that employers can’t prevent employees from taking meal breaks and rest periods, but at the same time are under no obligation to police whether or not breaks are duly taken as provided by the employer.

“In short, the only affirmative obligation that an employer has that is relevant here is the obligation to notify employees of California’s meal and rest break rules,” Judge Phillips said.

“Plaintiff has presented no evidence — aside from his own testimony — that those requirements caused [CRST] to assign him trips with mileage and timing requirements that necessarily forced him to skip breaks,” the judge said. “In fact, plaintiff fails to identify a single trip he took where he skipped a break due to defendant’s delivery deadlines and transition time rules.

More CALIFORNIA LABOR LAW News
“The only evidence plaintiff has presented in support of his argument that he was not paid the minimum wage is a single phrase from defendant’s driver manual, which when read in context does not support his argument,” Judge Phillips continued. “Even if the court were to consider the phrase in the driver manual sufficient to create a material dispute of fact, plaintiff’s claim would still fail because he has not presented evidence of specific hours in which he did not receive minimum wage.”

It may not be over yet. Legal counsel for the plaintiff has signaled the plaintiff plans to appeal the decision back to the Ninth Circuit.

The California labor lawsuit is James Cole v. CRST Inc. et al., Case No. 5:08-cv-01570, before the US District Court for the Central District of California.