Each affected worker to net roughly $320; no claims forms to file 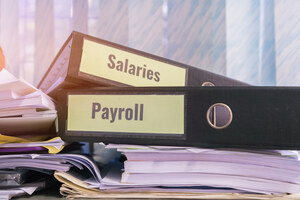 But settlements do little to predict the future for California workers who continue to have unpaid wage claims based on repeated requests to do “just a quick thing” before punching in or after punching out. Nonetheless, Troester v. Starbucks Corp., the California Supreme Court decision that ultimately set the Rodriguez settlement in motion, seems to be holding firm for the moment.


Isaac Rodriquez worked at Nike's Gilroy, California retail store from November 2011 to January 2012. Like other hourly Nike employees, he was responsible for tracking his time by punching in and out at a time clock. Also, like other hourly employees, he was required to submit to an exit inspection each time he left the store on a break or at the end of the day. These inspections varied in length. Regardless of how long the inspections took, they occurred after he had punched out and were thus uncompensated.

In September 2017, the District Court, where the trial occurred, dismissed the Complaint. At the trial, there had been conflicting evidence about how long the bag checks actually took. Was it roughly a minute or was it 10 minutes? The trial court seemed to find the lower figure more likely.

Ultimately, the Court found that the periods of uncompensated time were so brief that that they fell under the federal “de minimus” exception, which California court had previously applied in wage and hour cases. Named after the Latin maxim “de minimis non curat lex” or, in English translation, “the law does not concern itself with trifles,” the exception permitted employers to disregard small periods of time for the purpose of calculating hourly compensation.

In July 2018, the California Supreme Court decided Troester, holding that California law did not, on the Troester facts, permit application of the de minimis rule where ane employer required the employee to work “off the clock” several minutes per shift.
Rodriquez appealed the dismissal of his claim to the Ninth Circuit, and the Ninth Circuit reversed. Settlement negotiations began in earnest, thereafter.


In some ways, the proposed settlement is particularly good for the workers. Nike would establish a $5.1 million fund to be split among a class of over 16,000 hourly retail employees who worked for Nike between February 2010 and November 2019.Three million is reserved for counsel fees and expenses.

The worker’s $5.1 million payout is guaranteed. None of the class members will be required to file claim forms. Payment is automatic. Payouts that would otherwise be due to employees who opt out will revert to the settlement fund, to be distributed to the rest of the covered employees. Each covered worker is expected to get roughly $320.


Given the central role of Troester in this story, every hourly worker should be aware of where the decision stands today. The language of the California Supreme Court’s decision in Troester did, at least initially, seem to contain the seeds of its own destruction. Although the Court upheld Troester’s wage and hour claim, it conceded that, “[w]e do not decide whether there are circumstances where compensable time is so minute or irregular that it is unreasonable to expect the time to be recorded.”

That judicial comment, however, does not seem to have spawned its own line of lawsuits. In fact, the opposite seems to have occurred. In addition to Rodriguez, several other recent decisions have upheld the Ninth Circuit’s rejection of the de minimus rule.

More CALIFORNIA LABOR LAW News
In September 2020, in Frlekin v. Apple Inc., the Ninth Circuit held that time spent undergoing exit searches was compensable as “hours worked” within the meaning of Wage Order No. 7. Apple was required to pay more than 12,000 retail workers in California for time they spent going through security screenings at the end of their shifts.