The New Year brings a set of new laws, including sexual harassment laws that both employees and employers should know.

The #MeTooMovement has resulted in a number of new laws with the goal to make it easier for employees to report sexual harassment and for employers to have a voice in investigations concerning this and other California labor law violations. Most of these laws took effect January 1, and employers would be wise to become familiar with them. 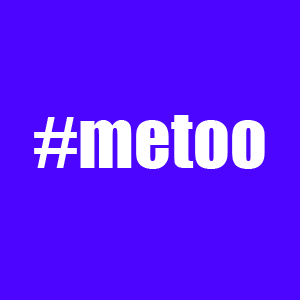 Directly associated with the #MeTooMovement and former movie mogul Harvey Weinstein is a section of the California Labor Code titled “Sexual Harassment – Professional Relationships”, whereby SB 224 expands its list of personal liability for sexual harassment that occurs in the course of a business, service or professional relationship. Joining bosses and co-workers are elected officials, lobbyists, investors, directors and producers. The law is in part a response to reports by female Silicon Valley entrepreneurs detailing lewd remarks and unwanted sexual advances by male venture capitalists. And it’s also in response to Hollywood.


A non-disparagement clause typically says the employee agrees not to criticize or ridicule, say anything disparaging or demeaning, about the employer, its products or employees that would likely damage them or the company. Such agreements, often in fine print in hiring agreements, forbid workers from publicly disclosing or filing a claim over labor violations such as sexual harrassment or discrimination. Harvey Weinstein used nondisclosure agreements as a secret weapon to silence his accusers, reported the Wall Street Journal

An employer could conceivably try to discourage employees from disclosing the facts underlying a sexual harassment settlement by including such agreements. But the new Senate Bill 1300 forbids employers to require workers, as a condition of employment or in exchange for a raise, to sign “non-disparagement agreements.”

The new Senate Bill 1300 is also significant because it reverses what’s been known as the “one free grope” standard, or “a free pass on unlawful behavior” as Sen. Hannah-Beth Jackson and author of the bill, described it. Previously, California law required sexual harassment to be “severe or pervasive,” and a single incident was not illegal.

On the other hand, nondisclosure agreements can help protect survivors’ privacy. Because the agreements are mutually binding, they prevent employers from harming the reputation or future employment prospects of a person with whom they settled.


Senate bill 820 is a new law that forbids companies from requiring secrecy, although a victim can still choose to keep his or her identity private. University of California, Berkeley law professor Catherine Fisk told the San Francisco Chronicle that “Transparency is important because we see examples of serial harassers and their employers settling one claim after another…. But the bill “might result in smaller settlements or make it harder to settle cases because companies pay for confidentiality to avoid reputational costs.”

This law does not discriminate from public and private employers, including the Legislature. When she introduced SB820, California state Senator Connie Leyva stated that “secret settlements serve one primary purpose: to keep sexual predators away from the public eye and continuing to torment and hurt innocent victims”. Leyva said that Weinstein and former Fox News Chairman and CEO Roger Ailes were inspirations for her bill. They both reportedly settled multiple sexual harassment claims by women who agreed to keep them secret. Add to the fray Bill Cosby, the Catholic Church, Doctor Larry Nassar, Dr. George Tyndall…

Lastly, the Sexual Assault Statute of Limitations (AB 1619) has been extended seven years. An individual may file a civil action for damages up to 10 years after the alleged assault or three years after the plaintiff discovered or reasonably discovered injury as a result of the assault, whichever is later.

Posted by
JL Campbell
on January 27, 2019
I am relieved to see progress regarding harassment in the workplace. Its been one of the issues Ive atrempted to chamspion at the Spa I work for. I have noticed that theres desperate need for representation and advocacy regarding other areas of harassment, however, and I have been stumped on where to begin pushing for change. For example, theres a lot of retaliation, general harassment, bullying, hostile work environment, reverse sexual harassment that goes on unaddressed. I filed retaliation claims against my employer last year because, among other things, I was demoted and negatively written up by my new manager, an exaggerated, hostile, dishonest move made to silence me for complaining, advocating for the staff and possibly jealousy...in the movies you silence the mob by takibg out the boss....this new manager needed to flex and establish his position and best way he saw to to this and impress the new owner was to go after me, the most solid performer with a loyal clientelle spanning over 8 yrs and a people business professional persona and skillset that comnands the respect of my cluents and peers. The hogwash writeup knocked me off my platform and caused great distress impacting me personally and professionally and especially my client. He went so far as posting notices, turn away my regulars so as to book me new people (trying to break my hold on what I built and hence my significance to the company), send in secret shoppers, not tell me, but tell FD employees he didnt need my position since he can do my job and his and began turning me away from those opportunities to "lead"..I am the lead therapist, he posted my confidential response to his writeup to the staff computer so that FDesk employees could read and form opinions which they did..., staff appeared to spy on me possibly with his direction and influence and since they thought I would quit under the hostility they promptly began to "replace me" by inviting the other therapist they considered as skilled to take over my position. The only representation out there is effected only if I fet fired under the madness. EEOC will investigate and I have right to sue, but no one to rep until I get fired. Im so depressed I cut die, I show up to a hostile workplace daily and the anxiety is matchless. My manager, in his 8 month employment has written at least 6 people up, ALL of which were blaming, shaming, exaggerated and dishonest and without due dilligence and he has the whole staff on eggshells and broken glass and he purposefully schedules these mtgs at beginning of our shifts so we go in to massage our clients with bad energy, which now draws the clients into out cesspool. Where do I begin to advocate for the harassment and mistreatment of massage therapists, form a union, push to include other forms of harassment into law so we have protection? No one deserves to be bullied. A spa is not just for the client. Its for therapists and service providers and our delivery is affected by our pay and whether or not theres hostility or harassment of any kind, not just sexual harassment and the other legally protected types. We need it to be broader so that you can come to the spa and get elevated treatments from providers who feel respected and happy in their employment. This will force businesses/owners to be more selective in hiring managers to supervise their service staff.. what we have is tantamount to giving a toddler a hammer and a knife just cause he asked for it. Id like my/our circumstances advocated and Id like to start, or join in advocating for spa workers and ultimately service providers across America and I hope this is place to start