The Department of Labor has proposed changes in the interpretation of the “joint employer rule.” The rule allows workers, especially in class action wage and hour lawsuits, to reach beyond an immediate employer to seek recovery from a franchisor, corporate parent or other related business entity. If the change goes into effect, it will affect the application of the federal Fair Labor Standards Act (FLSA), but it will not necessarily limit wage and hour protections under California labor law. 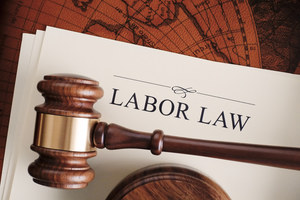 They contend that the proposed rule does not reflect today’s workplace relationships, where businesses increasingly share employees using third-party management companies, independent contractors, staffing agencies, or other labor providers. By narrowing the scope of the joint employment, the DOL’s change will leave millions of workers vulnerable to unchecked violations of federal labor laws.


The proposal addresses the circumstances under which businesses can be held jointly responsible for certain wage violations by contractors or franchisees—such as failing to pay minimum wage or overtime. Under the new guidance, a four-factor test would be used to analyze whether an additional business entity can be held liable. These factors call for a determination of whether the additional party has the power to:

No one factor is dispositive, and all four factors need not be present. This is different from previous guidance, which in 2016 declared that joint employment “should be defined expansively” and focused on a worker’s economic dependence on the potential joint employer.

Examples of the new interpretation


For greater clarity, the announcement offers a series of examples of the ways in which the four factors might be applied.

Under these facts, the DOL suggests, the office park is not a joint employer of the janitorial employees because it does not hire or fire the employees, determine their rate or method of payment, or exercise control over their conditions of employment. The office park's reserved contractual right to control the employee's conditions of employment does not demonstrate that it is a joint employer.

Example: A packaging company requests workers on a daily basis from a staffing agency. The packaging company determines each worker's hourly rate of pay, supervises their work, and uses sophisticated analysis of expected customer demand to continuously adjust the number of workers it requests and the specific hours for each worker, sending workers home depending on workload.

Under these facts, the DOL suggested that packaging company would be a joint employer of the staffing agency's employees because it exercises sufficient control over their terms and conditions of employment by setting their rate of pay, supervising their work, and controlling their work schedules.

None of the examples has yet been tested in the context of a lawsuit, but it is clear that the new guidance would shift the legal perspective away from worker wage protection and toward shielding employers from financial liability.


The general rule is that state statutes may be more protective of the rights of the intended beneficiaries of a law, but never less. California law provides greater wage and hour protections than the FLSA in many different ways.

More CALIFORNIA LABOR LAW News
The California Supreme Court has, for example, specifically stated that California’s definition of the term “employ” is “[i]n no sense … based on federal law.” Instead, California courts focus on whether a business has the right to control the manner and means on various factors associated with an employment relationship. In addition, California labor law makes most companies who use workers from staffing agencies jointly liable with the staffing agency for the payment of those workers’ wages.

Although the newly proposed guidance has raised concerns for worker rights advocates, it is important to remember that it has yet to go into effect and it may not, in fact, limit many of the rights that employees have under California and other state laws. As in many other employment law situations, the protection of workers’ rights seems to depend increasingly on the actions of state legislatures.