The day before the Trump Administration initiated its contentious travel ban against individuals hailing from seven predominantly-Muslim countries, a move in part in support of the Administration’s mandate to safeguard and promote America and American workers, New Balance Athletics Inc. (New Balance) was hit with a putative California labor law class action over its claim that its shoes are ‘American-made.’ 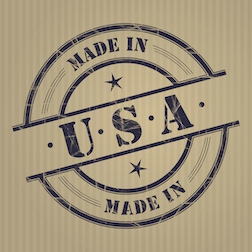 The action represents a California labor code lawsuit of a different stripe. While not involving workers directly, the inference is that New Balance is flaunting standards for domestic labor that qualify a product as “Made in the USA” and thus eligible for premium prices appropriate for products bearing a ‘Made in America’ label.

According to guidelines enforced by the Federal Trade Commission (FTC) as well as state-based guidelines under consumer regulations and guidelines in the California labor code and the California Business and Professions Code, goods can only qualify as ‘Made in America’ if content of any kind does not move above five percent foreign-made, or 10 percent by way of a declaration from the manufacturer that it is not possible to source content or parts domestically.

Provided all hallmarks, protocols and declarations are met, a manufacturer at best can get away with a ‘Made in the USA’ label if it is verified that 90 percent, at worst case, of content or manufacturing is domestic. Ten percent foreign content / manufacturing is the absolute limit to qualify as acceptable, according to both federal regulations as well as California labor law and consumer law.

More CALIFORNIA LABOR LAW News
In the case of New Balance, according to the California labor lawsuit, the defendant considers its products domestically-made if domestic content is at least 70 percent.

The lead plaintiff in the proposed class action is Sheila Dashnaw. The lawsuit is Sheila Dashnaw et al. v. New Balance Athletics, Inc. et al., Case No. 3:17-cv-00159 in the US District Court for the Southern District of California.