A Lawsuit accusing Morgan Stanley of failing to cover 'wirehouse workers’ out-of-pocket expenses settles for $10.2 million. And three Morgan Stanley officers earned more than $10 million each back in 1996.

Morgan Stanley, known as one of the world's top investment banks, regularly stiffed its workers, according to a proposed class action lawsuit that was settled in California federal court last month to the tune of $10.2 million. The international financial firm was accused of forcing its financial advisers to pay expenses such as business travel, phone and internet services and licensing fees and more, which violate the California Labor Law 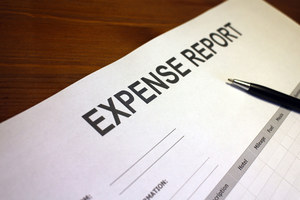 
According to the lawsuit filed by current and former brokers in May 2018, the international financial firm had set up a complicated system called an “Alternative Flexible Grid,” which the bank uses to reimburse its employees for work-related expenses. The expense program, inherited from Smith Barney, violated the California Labor Code by “failing to reimburse their reasonable and necessary business expenses”. Named plaintiff Brandon Harvey told Law360.com that the settlement represents an excellent result for the class, given the “extremely high” risk of losing and ending “up with nothing” if he continues to litigate his claims with Morgan Stanley. (Harvey wound up with $10,000.)

Law360 also reported that this program allows financial advisors to annually deduct money from pretax earnings to cover marketing, certain support staff and other costs, but the advisors claimed they were entitled to direct reimbursement of all their expenses rather than a tax-advantaged payroll deduction.

Once approved by a judge in the Northern District of California, this proposed settlement will translate to about $3,600 per person -- 2,800 current and former financial advisors and private wealth advisors who worked in the state between April 2013 and the date that the court gives preliminary approval.

Harvey said he also tried to come up with a global settlement to resolve the claims in Chen v. Morgan Stanley Smith Barney, a similar lawsuit pending in California state court that would cover both cases. But his efforts were unsuccessful.

According to court documents, the brokers’ AFG expenses were “necessary” to their business, and reimbursable under California state law. But Morgan Stanley argued that they were luxury expenses that brokers choose for “preference or convenience.”


Morgan Stanley’s filing with the Securities and Exchange Commission disclosed how much money top officers made from a “particularly prosperous” 1996, according to the New York Times.