A California labor lawsuit accusing McDonald’s of underpaying thousands of workers has settled for $26 million. The wage theft class action claims that the fast-food giant used a timekeeping system that cheated workers out of overtime, barred workers from taking rest breaks during their shifts and forced workers to clean and iron their uniforms out of pocket. 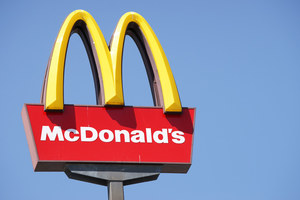 
This preliminary wage settlement--the largest filed against McDonald’s in the U.S--involves about 38,000 cashiers and cooks in California dating back to January of 2009. The company is required to pay required overtime, track pay electronically, provide rest breaks during rather than at the start or end of shifts, and provide replacement work uniforms when old uniforms become damaged or worn out. McDonald’s, however, stated that its employment practices complied with California labor law and that it is improving training at company-owned restaurants “to promote continued compliance with all wage and hour laws.” Part of the settlement denies any wrongdoing by McDonald’s.


Maria Sanchez initially filed the complaint in 2013 and several other plaintiffs joined a year later. Sanchez claimed that McDonald’s failed to pay overtime to employees who worked more than eight hours during a 24-hour period. Managers were also accused of adjusting time records to erase some employee hours worked, disallowing meal breaks during busy periods and requiring unpaid work before and after shifts, according to the Associated Press.

The case is Maria Sanchez et al. v. McDonald’s Restaurants of California Inc. et al. case number BC499888, in the Superior Court of the State of California, County of Los Angeles.

This isn’t the first time the burger chain has been accused of wage theft. In 2016 another wage theft class action lawsuit filed by California workers at franchise locations settled for $3.75 million. And CNN reported that workers in Michigan and New York in 2014 filed similar class actions. McDonald’s at that time said it was "committed to undertaking a comprehensive investigation of the allegations and will take any necessary actions."

Fight for $15, which advocates for workers’ rights, said that over the course of three years, workers have filed over 50 complaints and lawsuits against the company. (Last month, about 300 demonstrators in Detroit chanted, “We work, we sweat, put $15 in our check".)


Also in 2014, employees of the Haynes Family Limited Partnership, which operated eight McDonald’s franchises in the Bay Area, filed a complaint arguing McDonald’s violated the labor law through its use of standardized human resources and point-of-sale software that allowed Haynes to deny breaks and overtime pay. According to the Harvard Law Review (October 2019), the Ninth Circuit held that McDonald’s is not liable for labor law violations at its franchisees’ restaurants due to its lack of control over the “day-to-day operations” of the franchises.

More CALIFORNIA LABOR LAW News
McDonald’s was not an “employer” under California law: it did not directly or indirectly control the plaintiffs’ hiring, firing, payment or working conditions, did not “suffer or permit” the plaintiffs to work, and did not have an actual or ostensible agency relationship with Haynes. It also held that the plaintiffs’ negligence claims were precluded by California’s “new-right exclusive remedy” doctrine.

McDonald’s has approximately 14,000 restaurants, in the U.S., of which approximately 95 percent are franchised. Wage theft is a massive chunk of all theft committed in the U.S. According to a 2017 report by the Economic Policy Institute an estimated 2.4 million people lose a combined $8 billion in income every year to theft by their employers.