McDonald’s has agreed to settle a California labor lawsuit filed against it by employees who alleged the company was liable for failure to properly pay overtime, despite them working at a franchise. McDonald’s had previously argued that it could not be held to California labor codes because it did not oversee or hire the employees, but plaintiffs argued the restaurant chain was a joint employer and was liable for failure to pay overtime. 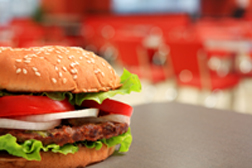 A lawsuit filed in 2014 alleged the company failed to adequately pay overtime to workers whose shifts covered more than one calendar day. The franchise locations in question are owned by Smith Family, LP, who agreed to settle their end of the lawsuit with plaintiffs for $700,000, according to Fortune (11/1/16). Whether McDonald’s is a joint employer with the franchisee is part of a matter up for decision under the National Labor Board.

More CALIFORNIA LABOR LAW News
In July 2016, when the judge certified the lawsuit as a class action, he noted that employees wear McDonald’s uniforms, package food in McDonald’s boxes, receive paperwork marked with McDonald’s logos, and apply for jobs through the McDonald’s website. Therefore, it may be enough that the employees believe McDonald’s is their employer, whether or not they are actually employed by the company or a franchise.

Meanwhile, McDonald’s had not proven that employees either did not or could not reasonably have believed McDonald’s was their employer, Judge James Donato found.

Other allegations made as part of the lawsuit include that the company failed to keep adequate time records and did not reimburse workers for time spent cleaning uniforms. As part of the settlement, McDonald’s will train the franchisee in how to properly use the company’s time management system in keeping with California labor laws.

Up to 500 employees are affected by the settlement.

The lawsuit is Stephanie Ochoa et al. v. McDonald’s Corp. et al., case number 3:14-cv-02098, in the US District Court for the Northern District of California.