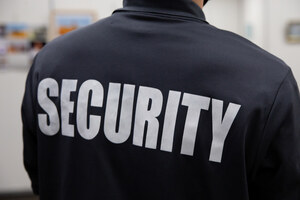 Named defendants are their supervisor, Liam Booth, and the agencies that hired them-- MPPR Associates LLC and Limitless Specialty Services Associates LLC. They all filed joinders to the Zuckerbergs' petition to compel arbitration. However, the plaintiffs’ lawyer, Colleen Mullen of Employee Justice Legal Group PC, said the arbitration agreements were "unconscionable" in several ways and thus unenforceable. She argued that they were contracts of "adhesion" because the Zuckerbergs had more bargaining powers than the workers who were not provided any opportunity to negotiate or challenge the terms, according to Law360. Mullen further argued that the agreements were illegal because they also included provisions requiring the workers to waive their rights to pursuing representative action against their employers, which would include claims brought under California's Private Attorney General Act (PAGA). But the judge didn’t see it that way, saying that the contract provision wasn’t relevant because the case before the court was not a PAGA case.

Zuckerberg and Chan’s attorney said “the contract allows the court to decide the enforceability of a PAGA waiver, but that doesn't change the fact that they agreed to arbitrate the case… even if the court found that the PAGA provision is unconscionable, it could be severed and the remainder of the agreement enforced.” The case is King v. Zuckerberg et al., case number CGC21595332, in the Superior Court of the State of California for the County of San Francisco.

Discrimination and Harassment and More…


Mia King, a Black woman and member of the LGBTQ community, was hired as a security operations assistant for the couple from May 2018 through February 2019. She attests that Liam Booth, former head of security (he resigned in 2019 when the claims first came to attention) called her "ghetto", that her natural hair style was “unprofessional” and that he had to hire a Black woman because of the Chan Zuckerberg Initiative. Its mission is to "build a more inclusive, just, and healthy future for everyone," according to Business Insider, which first reported the sex and racial discrimination lawsuits. (The Initiative is also a named defendant, along with Iconiq Capital, a wealth management company.)

The second lawsuit was filed by a disabled man identified as John Doe, an openly gay man who worked as the Household Operations Manager for the family from January 2017 to March 2019. Doe alleges in his lawsuit that Booth made anti-gay remarks to him, slapped his groin area and groped his bottom on a separate occasion. Doe also claimed accommodations were not made for his disability. Both King and Doe also claimed they weren’t given all their legal work breaks, didn't receive all of their overtime pay, and they were retaliated against for their allegations.

King says that she faced retaliation for complaints she raised with upper management. On February 14, 2019 her supervisor disciplined King in a formal writeup for insubordination. King claims she was also disciplined because when she reported her supervisor’s homophobic, sexist, and racist comments toward other employees in the workplace, she was exhibiting a “lack of discretion.” She reported the retaliation to upper management and the next day, February 20, 2021, she was fired.

Zuckerberg and Chan have denied the allegations and said they have been thoroughly investigated and no wrongdoing was found, reported FoxBusiness.com. This case is Mia King v. Zuckerberg, Chan, MPPR Associates LLC,et al, Case No.: CGC-21-595332.