A California labor law class action involving minor league players with Major League Baseball (MLB) but housed in the Golden state remains at play with an appeal launched by MLB challenging a recent ruling by a California judge granting preliminary approval to the class. 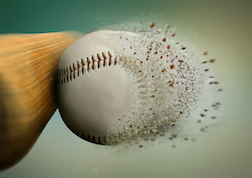 Plaintiffs – minor league baseball players – claimed to have not been paid either overtime or even minimum wage, with some asserting they earned as little as $1,100 per month during the baseball season, even though they spent in excess of 50 hours on the job each week, or so it was alleged. The lawsuit sought class action status under the Fair Labor Standards Act (FLSA), status that was initially granted by US Magistrate Judge Joseph C. Spero in October, 2015.

The judge later recanted that approval and decertified the class, having determined upon further examination of the claim that players’ experiences were too varied. The judge also noted he had issues with the survey that was used to poll class members for determining hours worked, as well as when they arrived and exited the ballpark for baseball games and practices.

Undaunted, the plaintiffs revised their claim and narrowed the scope to only include work that was performed in a single state, amongst other aspects of the claim revised for reconsideration.

More CALIFORNIA LABOR LAW News
However, yesterday (March 22, 2017) Major League Baseball was back, arguing against the recertification due, in the defendant’s view, to a so-called “continuous workday” theory that eliminated the need to examine all the players’ activities to determine eligibility for compensation. The defendants viewed this rationale as flawed, as they did the survey used that was based on players’ recollections of the times that players arrived and left the ballpark. MLB and its named clubs opined further that the survey – flawed, in its view – allowed for the possibility that players would recall working longer hours stemming from bias due to their involvement in the California employee labor law class action.

MLB had previously petitioned for the survey to be excluded.

“That decision on a question of law underpins all of the court’s determinations about the certifiability of the new class and collective, and there is substantial room for disagreement among fair-minded jurists with respect to that legal conclusion,” the MLB argued. “Before this case proceeds further as a class or collective action, the court should certify that question for appellate review.”

The case is Senne et al. v. Office of the Commissioner of Baseball et al., Case No. 3:14-cv-00608, in the US District Court for the Northern District of California.