Longshore Act coverage for truck drivers on port property is yet to be determined.

Whether or not trucking companies with operations on port property – such as the Port of Oakland and the Port of San Francisco – are subject to Longshore Act coverage is yet to be determined. 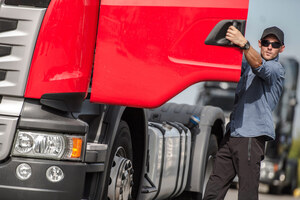 For the most part, truckers have agreed not to be entitled to Longshore Act benefits, because their work is considered nonmaritime, but there’s a gray area when trucking companies are operated and located outside of waterfront terminals, but within port property. And this gray area has questioned California labor law issues.


Case in point: In November 2021 a truck driver for Central Valley Ag moved or filled empty shipping containers between the Port of Oakland Terminal and the company's facility on a lot within the port property, but outside of the terminal. He drove about four to seven laps a night and during one of those laps he was involved in a motor vehicle accident within port property but outside of the terminal, and filed a Longshore Act claim. The case, Shepherd v. Central Valley Ag Transport Inc., was decided before the U.S. Department of Labor's Office of Administrative Law Judges and is now on appeal. This case is important for both truckers and trucking companies because it brings into question whether or not such operations need to obtain Longshore Act insurance.

According to Law360, the administrative law judge (ALJ) ultimately relied on an analysis of a 1979 U.S. Supreme Court Case, P.C. Pfeiffer Co. Inc. v. Ford,[13] and cited to its holding that "any worker who moves cargo between [the] ship and land transportation" had requisite maritime status. The ALJ found that Shepherd's delivery of containers from the terminal to the Central Valley Ag lot within the Port of Oakland was an "intermediary step" between maritime and land-based transportation, rather than the outright start of land-based transportation. Further, ALG found that Central Valley Ag's lot within the port constituted situs, as it was "customarily used in the loading and unloading of vessels and is within the Port of Oakland," and that the lack of "physical contiguity" between the lot and the waterfront was not determinative, as the lot had a "functional nexus that directly supports the maritime loading and unloading process."  Shepherd was awarded Workers’ compensation and medical benefits.


The Longshore and Harbor Workers' Compensation Act (LHWCA) is a federal law that gives medical and other benefits to certain maritime employees. The LHWCA covers longshoremen, harbor workers, and many other maritime employees. Other employees include truck drivers who haul shipping containers away from the docks.

The compensation act pays benefits to injured workers who have temporary or permanent partial or total disabilities. The paid benefits cover a portion of lost wages, all reasonable and necessary medical treatments, and travel expenses associated with receiving those medical treatments. If a worker cannot return to maritime employment after an injury, the act also provides free job retraining. The LHWCA also covers surviving spouses of employees who died of work-related injuries.

More CALIFORNIA LABOR LAW News
From Investopedia.com: If injured on the job, maritime workers must meet status and situs tests to qualify for LHWCA benefits. Workers not meeting the criteria may still be eligible for state workers’ compensation benefits. However, the state benefits are usually less generous than LHWCA benefits. For example, state benefits provide for 60% of an employee's weekly wage as part of temporary disability benefits. The LHWCA provides for 2/3rd of the weekly wage for the same benefit. Some states allow workers to file for both types of claims concurrently. But the worker must choose only one type benefit, if he or she is eligible for both.

As it stands now, companies like Central Valley Ag that are located near waterfront cargo terminals need to determine whether or not their business operations are physically located on port property, even if that property, such as the case at the Port of Oakland, is clearly outside the terminal. However, “all operations that are located on port property bear the potential risk of being considered present on a covered situs,” reported Law360. And as supply chain issues move into other parts of the economy, and as maritime status determinations have become increasingly inconsistent regarding trucking operations, the Longshore Act could increase cost and exposure for trucking companies that service the maritime industry.