Last year the restaurant industry alone was cited in California labor law violations amounting to millions of dollars. And according to a 2017 report, California wage theft can cost workers about $2 billion per year. That amount may rise now that agricultural workers are entitled to farmworker overtime pay based on a schedule issued by the Labor Commissioner's Office that went into effect as of January 1, 2019. 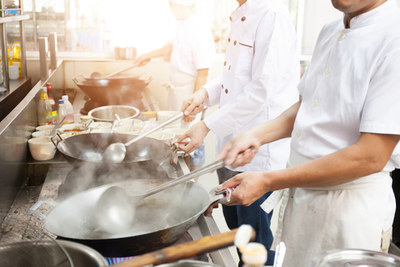 
The beginning of the year was payday for many restaurant workers who filed complaints (some back to 2015) with the Labor Commissioner's Office. Investigators determined that 56 employees at a chain of Malaysian-Chinese restaurants worked 10 or more hours a day, were paid less than the minimum wage and did not receive meal and rest breaks, overtime pay or split shift premiums. Not only that: the employers paid the workers in cash and kept 15 percent for themselves, telling the workers the deduction was for taxes. Mango Garden was fined $1.8 million.

Mango employers were aware of a few workers filing wage claims during the investigation and they tried to avoid liability by dissolving the corporate entities. Upon appeal, however, the individual owners were held jointly liable because they caused or failed to prevent the violations. And citations were adjusted to more than $2 million, including prejudgment interest of $365,541. Their assets have been seized to pay the wage theft victims.

Another restaurant chain last month agreed to pay $4 million to approximately 300 employees to settle wage theft complaints. While Mango Garden closed its doors and its workers will receive more than $1 million in overtime compensation, Kome Japanese Seafood Buffet workers weren’t so fortunate—yet. Kome was cited at the same time as Mango, allegedly stealing more than $5 million from 133 workers. It too closed the doors but laid off its staff at the same time.


Another industry that frequently abuses the rights of low-wage workers is agriculture--many farmworkers are immigrants but they, too, are entitled to overtime and other benefits. Such employers are part of the underground economy, whose violations include the failure to protect workers as required by workplace health and safety regulations, inadequate workers' compensation insurance coverage, not paying state payroll taxes, and cheating workers on their earnings.

"We encourage large and small agricultural employers in the state to note the new farmworker overtime pay requirements that will phase in until a 40-hour standard workweek is reached," said California Labor Secretary Julie A. Su. The Labor Commissioner's Office may expect more wage theft complaints since its overtime pay schedule for agricultural employees kicked in at the beginning of the year. For the first year of the phase-in, agricultural workers at large businesses earn overtime pay for all hours worked over 9.5 hours in a day or over 55 hours in a workweek. Small employers have an additional three years before the changes to daily and weekly overtime pay take effect.

More CALIFORNIA LABOR LAW News
Advocacy groups say overtime for California farm workers is long overdue, while others in the agriculture industry (i.e., employers) say it could cause an increase in produce at the grocery store. But teenagers stocking grocery store shelves receive overtime pay after eight hours a day or 40 hours in a week. And do restaurant employers who pay their staff overtime charge you more for dinner than those who are part of the underground?

As Daniel Yu with the Bureau of Field Enforcement told LawyersandSettlements, “Our goal is to recover unpaid wages and level the playing field so every business competes by the same set of rules.” And that includes agriculture.