Key Energy Services California has agreed to a $3 million settlement on a class action for California labor law violations. 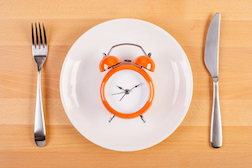 The plaintiffs claimed that the company violated California Labor Law, failed to provide meal breaks to employees and refused to pay employees for required work that went over their allotted hours.

In 2016, the plaintiffs won class certification for a class covering California-based Key Energy workers for a period going back to 2009. The current motion for preliminary approval of the class action settlement, filed April 18, 2017, also asks for approval of a modified class with eight subclasses.

The parties reached the settlement agreement through mediation, according to court documents.

More CALIFORNIA LABOR LAW News
The class action plaintiffs and their counsel "maintained a strong belief in the underlying merits of the claims," according to the proposed settlement. "They also acknowledge the significant challenges posed by continued litigation through trial. Accordingly, when balanced against the risk and expense of continued litigation, the settlement is fair, adequate, and reasonable," wrote the plaintiff attorneys.

The proposed settlement directs Key Energy to pay $3 million, allocating $1.79 million to the employees after fees and other costs. The projected class includes 1,815 employees with each worker receiving around $985.

Payment would be based on the number of pay periods an employee worked between June 2009 and February 2017.Grillo and Zaragoza would each be awarded $10,000 in incentive payments for filing the lawsuit.

A hearing on the motion for preliminary approval of the settlement is scheduled for May 22, 2017.