Jolene Provencio stood up for a co-worker. Then Intel drove her out of her job.

She landed hard. What happens for the rest of us?

On April 30, 2019, the Tenth Circuit Court of Appeals ended Jolene Provencio’s lawsuit against Intel Corporation. She claimed that she had been retaliated against for participating in an internal discrimination investigation involving a co-worker. It’s a different state and a different judicial circuit, but some of the lessons of Provencio v. Intel Corporation apply in California workplace retaliation lawsuits, as well. 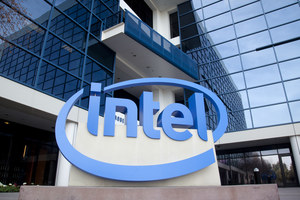 What Happened to Jolene?


Jolene Provencio worked for Intel for nearly 20 years. In March 2015, she participated as a witness in an internal investigation of another employee’s age discrimination complaint. She had not witnessed any age discrimination, but she did say that some of her supervisors had created a hostile work environment.

That’s when the trouble started.

Thereafter, despite a previously unblemished record and excellent performance ratings, she was told that she was “unapproachable and difficult to work with,” and was subject to internal discipline. Her job duties were reduced and colleagues began to ignore her emails. She was denied the use of a previously-promised workspace, and was advised to seek a new position in a different department. That request was denied.

A co-worker made comments that she interpreted as a threat about workplace gun violence. She felt uneasy. Ultimately, she saved herself with a job offer from another employer and resigned. She privately told her supervisor that she was leaving Intel due to the hostile work environment. She thereafter brought a lawsuit under New Mexico law in which she claimed constructive discharge.

On appeal to the Tenth Circuit, she argued that she had been subject to workplace retaliation in violation of a different provision of New Mexico law. The Tenth Circuit affirmed the District Court’s decision because she had not pleaded that form of discrimination in the first place. Lesson One: Plead every possible violation of law at the first instance.

Overall, workers have reason to feel sore. The decision, however technically correct, seems to do injustice to someone who has been hounded out of her job for doing something completely legal and arguably civically responsible in an effort to rectify bad employer behavior.

In California, because the wage and hour and employment discrimination laws are more protective of employee rights than they are in New Mexico, the result might have been different.


Under several different California statutes, employers may not retaliate against workers who:

• oppose, complain about or participate in an investigation of workplace harassment or employment discrimination (including age discrimination);

• ask for reasonable accommodations for disability or religious belief; or

• file or assist in whistleblower lawsuits under the California False Claims Act.

These laws cover a lot of retaliatory employer behavior. So, it may be useful to focus on the specific provisions that may protect workers who assist, as Jolene Provencio did, in the investigation workplace harassment or employment discrimination.


In California, the definition of workplace retaliation has two basic elements. The employee must have been engaged in a legally protected activity, such as testifying in court or participating in an internal investigation. The second part is that the employer must have reacted to that activity in a bad way that might include adverse employment action or discriminatory treatment.

But sometimes, as in Jolene Provencio’s case the retaliation may be subtler. Typical indicators might include:

• bad performance reviews even though previous reviews were positive;
• increased workload or less desirable shifts;
• unfair disciplinary action;
• being excluded from meetings or correspondence; or
• denial of access to training.

More CALIFORNIA LABOR LAW News
These are bad indicators. If you have participated in an investigation of workplace discrimination, whether it was an internal probe or rose to the level of a lawsuit and you are beginning to see these telltale signs, pay attention. There are several important steps you should take to protect your legal rights.

How you can protect your rights under California laws


You should, of course, seek the advice of an experienced attorney. Document the behavior that you believe is in retaliation against you, and keep records of letters, memoranda, emails and anything else that you believe will support your claim.

You should also know that you have several possible paths of action against an employer, in addition to an individual lawsuit. In some circumstances, a private attorney generals action (PAGA) claim may be the best option.

Jolene Provencio lost in the Tenth Circuit. But that is hardly the end of the story for those who believe that they have been the victims of California workplace retaliation lawsuits.