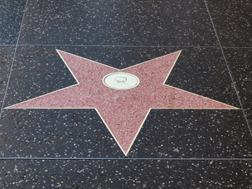 According to Deadline (4/3/13), writers on the television show Fashion Police alleged to the California Division of Labor Standards Enforcement office that they were owed more than $1 million in back wages. Specifically, the writers alleged they were not properly paid for all regular and overtime hours they worked.

A news release sent out by the Writers Guild of America, West, alleged employers ignored California labor laws by not fully paying writers for regular eight-hour shifts and by not paying overtime.

“The most I’ve been paid for a show has been for eight hours of work,” said writer Eliza Kinner, in a release issued by the WGA, West. “In reality, I put in anywhere from 12 to 32 additional hours on each show - time I should have been compensated for.” She went on to note that some episodes require 16-hour days, but she was not paid overtime for those hours.

More CALIFORNIA LABOR LAW News
In addition to filing the complaint against E!, the writers filed a complaint for $400,000 against Joan Rivers’ company Rugby Productions. Deadline (4/10/13) reports that 12 writers are involved in claims against the show. Those claims will be heard by the Division of Labor Standards Enforcement, who will determine if Rugby and E! owe the writers money.

Rivers’ company has not commented on the matter, while E! has said it pays writers in compliance with the law.

Meanwhile, Fisker Automotive faces lawsuits following massive layoffs according to USA Today (4/8/13). The lawsuit was filed in California following the layoffs of 160 of 213 employees. Plaintiffs allege they were not given 60-days advance written notice of the layoffs, required by the Worker Adjustment and Retraining Notification Act. They seek class-action status and 60-days’ worth of wages and benefits for employees who were affected by the layoffs.