California employees take note: California labor law and Wage and Hour Attorney Derek Emge discusses how the recent Supreme Court ruling (Apr 27, 2011)—where companies and/or employers can require employees to arbitrate disputes individually rather than joining forces in a class action—can impact you. 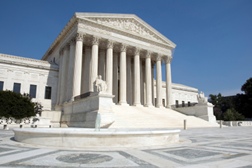 Q: LawyersandSettlements (LAS) I'm thinking of filing an overtime case. Given this recent consumer class action AT&T vs. Concepcion decision, should I hire a wage and hour attorney to represent me?

A: Derek Emge (DE): That’s a good question. At a minimum, an initial consultation would be worthwhile to have an attorney assess your case. My first concern is that an individual employee overtime claim may not be a high value case—it could be anywhere from several hundred to a few thousand dollars. Typically, such a case might not be economically feasible for an attorney to accept on a contingency basis. Similarly, representation on an hourly rate of pay would quickly exceed the value of the case. Before the Supreme Court’s decision regarding Concepcion, our initial inquiry might be whether there are enough employees to file a class action. Now this avenue is seriously in jeopardy and requires even greater pre-litigation assessment.

Q: (LAS) Is there anything you can do to determine whether I should even consider a claim?

A: (DE) My first inquiry is to look at all documentation the employee signed before and during their employment. Is there an arbitration clause in your employment agreement or contract? If so, does the clause mention whether an employee can bring a class action, or is there a specific waiver or agreement not to bring a class action? If the answers to these questions are in the affirmative, my next inquiry would be to look at the implementation of the arbitration agreement – was it forced upon the employee under threat, fraud or duress? If so, a lawsuit may be viable. If not, an analysis of the employee’s rights in arbitration needs to be conducted before realistic options can even be discussed.

[Silent means there is no mention of class-action claims whatsoever.]

Q: (LAS) Do employees in the state of California have the same rights regarding class action and arbitration as other states?

A: (DE) Not necessarily. California has followed the position that a waiver of class action rights in an employment case is unconscionable. Such a finding has often invalidated the arbitration clause, thus allowing employees to file class actions in state courts. It will be interesting to see how the California Supreme Court reconciles the longstanding policies in favor of employee class actions with the broad language of the Concepcion case that now validates class action waivers in consumer arbitration agreements.

Q: (LAS) If I have a financially sufficient claim, why not consider arbitration?

A: (DE) A class action is preferable to plaintiff employees because in court proceedings, we are allowed quite extensive discovery. On the other hand, in an arbitration setting, discovery is often limited and therefore frustrates the ability to investigate the true scope or depth of wage and hour violations affecting hundreds or even thousands of employees. However, it is possible that California courts will require fewer restraints on discovery if arbitration agreements are upheld and enforced. Certainly, if your claim is individually valuable, an individual arbitration may be the preferable approach.

A: (DE) Concepcion clearly says that states are prohibited from applying state-law rules that are an obstacle to the accomplishment of the Federal Arbitration Act’s objectives. AT&T v Concepion is a consumer case and it remains to be seen whether the holding of Concepcion will be applied to California employment cases without limitation or with certain restrictions.

A: (DE) In the decade or so that I have been litigating employment class actions, we have only seen a small handful of employment contracts that include an arbitration agreement, much less a class action waiver. Because the courts in California have typically held that such waivers are unconscionable, many employers have not inserted such provisions in their employment agreements. I think it is safe to say that my peers who sit on the other side of the table will be busy in the next few months counseling their clients to now include such waivers in their employment agreements.

Q: (LAS) How have you handled past cases with arbitration clauses?

A: (DE) It depends on the type of violation at issue. For instance, an overtime claim has a federal component under the FLSA. Proceedings under the FLSA are known as collective actions rather than class actions and it remains to be seen how Concepcion will affect that category of claim. Also, as mentioned before, the California Supreme Court will need to decide whether there are limitations to the Concepcion holding for employment cases. For example, what will the scope of discovery be; who must pay for the arbitration; was the agreement a result of fraud or duress? These, and other legal arguments will be played out in the ensuing months and years.

Q: (LAS) In a nutshell, what will you look for in my employment contract?

A: (DE) To summarize, an employment attorney will be looking for:

• an arbitration agreement
• whether there is a class-action waiver
• whether there there are claims consistent with a collective action (e.g.,FLSA overtime)
• the circumstances under which the employment contract was signed

Q: (LAS) Is there much hope of reaching a successful settlement in arbitration?

A: (DE) Counsel may be looking at the pros and cons of pursuing multiple claims through arbitration proceedings. For example, before the Concepcion ruling, a single employee working at, say “X-mart” could recognize a wage and hour violation; bring a case of class action on behalf of similarly situated employees; obtain volumes of evidence and proof of their case through the discovery process, and then have significant leverage to reach a resolution on behalf of all employees.

Now in situations where that same employee has an arbitration agreement and class action waiver, it is possible that the employee no longer has the benefit of the leverage that comes with a class action. Some of that leverage may be available if the employees are able to coordinate their efforts and bring multiple arbitration proceedings based on similar facts. Otherwise, settlements may be more difficult in cases assigned to arbitration.

Q: (LAS) How many employees would make multiple arbitrations worthwhile?

A: (DE) While we are used to litigating class cases on behalf of several thousand employees, it may be too soon to determine the effectiveness of filing multiple, individual arbitration proceedings based on the same or similar facts and circumstances. This is, however, an approach that we are actively investigating.

Q: (LAS) Can my employer force me to sign a new contract that includes an arbitration clause?

A: (DE) One thing for employees to watch out for after this ruling is the manner in which their employers may seek to have them agree to an arbitration provision and/or class action waiver. The defenses of fraud and duress still pertain, as they do to any contract. For instance, an employer that requests existing employees to sign an arbitration agreement “if they want to receive their paycheck” would arguably be a result of duress and possibly unenforceable.

Q: (LAS) How is your firm positioned to handle cases that may call for arbitration?

A: (DE) Our practice is comprised of 99 percent class action cases. Approximately half of those cases involve employee wage and hour claims and the rest are consumer cases. We have recovered tens of millions of dollars on behalf of victimized employees and consumers. Now, however, we are very concerned with this recent ruling and how the rights of both employees and consumers will be protected in the future.

More CALIFORNIA LABOR LAW News
The class action mechanism has been the most efficient method of rectifying wrongs in the workplace where thousands of employees or consumers are affected, but where individual claims are relatively small. Our mission will continue to be the protection of employee and consumer rights. While we will certainly fight for the continuance of employee class actions, we will also be actively exploring a more arbitration-oriented approach where circumstances dictate.

Derek J. Emge is the founder of Emge & Associates, a Southern California law firm focused on the protection of consumers and employees. He has been instrumental in the recovery of tens of millions of dollars on behalf of employees and consumers who were victims of unpaid overtime, employment misclassification, unfair business practices and corporate false advertising. Representing clients in class action cases on a contingency basis has allowed these victims to successfully litigate claims that may have a small individual value, but when combined with the similar claims of class members, have enormous value, including the return of ill-gotten gains and the prevention of continuing violations of law by employers and corporations.