Attorney and trial lawyer Mike Arias is taking a tough approach with supermarket giant Safeway Inc. on behalf of 1st and 2nd class managers that have been battling the omnipresent grocery store over alleged California labor and employment wage and hour violations for 15 years. 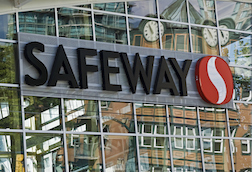 Starting October 10, 2017 Arias, who has two decades of experience in the courtroom, will begin the first of 42 back-to-back individual trials on behalf of 1st and 2nd class current and former junior store managers who argue the company used their managerial designation as a way to get free work out of employees.

“These people start out thinking ‘I’m an assistant store manager and I’m getting a salary and this is great’. Then they find out they are going to work 7 days a week, 12 hours a day, and holidays while other employees in other departments get paid overtime and don’t have to do that,” says Arias from the Arias Sanguinetti Stahle & Torrijos in Los Angeles.

“What makes it worse it that the tasks they are performing are not managerial,” says Arias. “They are simply, in many cases, the stop gap for the store manager to use when it didn’t have enough payroll to properly staff the store.”

The assistant store managers claim that based on the actual hours they worked, their hourly wage is less than what a food clerk earned.

In documents filed, the assistant store managers claim that Safeway is violating and manipulating California’s labor and employment laws regarding hourly wages, break times, managerial responsibilities, exempt v. non-exempt pay scales and much more. They claim they were never paid for the overtime they worked on a weekly basis.

Arias represents plaintiffs who originally filed as a class action in 2002 against Safeway for violations under the California Labor code. It failed to get certification. The firm recently stepped in offering to file the cases individually. It’s a tactic they have used in the past when other class action wage and hour cases have failed.

More CALIFORNIA LABOR LAW News
“We keep a database of all the people who've contacted us and we let them know that if this case is not certified, we are then interested in filing multiple, individual cases and they should let us know if they want to do that--and a lot of them do. In my view, it's worth filing these cases. Many of these people are owed thousands and thousands of dollars. This is the only way to get change out of retailers who do this - that’s winning these cases,” says Arias.

Safeway Inc., headquartered in Pleasanton, California, was established in 1915 and is one of the oldest supermarkets in the US. It is currently a subsidiary of the Albertsons Companies. Contacted for comment by LAS, Albertsons media representative Christine Wilson said, “The company does not comment on ongoing litigation.”

Posted by
earnie thompson
on October 8, 2017
I am a former Safeway employee that has had wage and hour violations and terminated illegally. Safeway violated the RICO act after refusing to pay benefits of injured workers and forcing them to go on SSI, at the taxpayers expense. Safeway has breached our contract and continued retaliation. I filed a lawsuit in Pro per and need assistance.
The case is in Alameda Superior Court. Case: RG16821530 THOMPSON V. SAFEWAY...EARNIE THOMPSON 5107038085