Related to the U.S. Department of Labor (DOL) investigation into Google for sex bias in pay practices in 2015, three women filed a California labor lawsuit against the search giant last week. The proposed class action claims its practices violate the California Equal Pay Act and other labor codes by starting women at lower salaries than men, promoting them less often and keeping them in lower-paying job tracks. 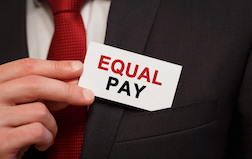 Reuters ( Sept 20, 2017) reports that the workers’ lawsuit appears to be the first to make class action sex bias claims against Google, but it isn’t the only major tech company accused of discriminating against women. Twitter Inc. and Microsoft Corp were both sued in 2015 for gender discrimination—the year that Silicon Valley made headlines with the Ellen Pao v. Kleiner Perkins Caufield & Byers trial. Pao accused the venture capital firm of discriminating against her during her employment and that she had been blocked from promotion. Pao lost her case, but, as the New York Times (Sept 8, 2017) wrote, “…In the process [Pao] gave many women in corporate America a crash course in gender discrimination (the subtle kind)…”

As well, Oracle America Inc. was sued by the DOL in January, alleging it paid white men more than minorities and women with similar jobs. And tech giant Qualcomm agreed to pay $19.5 million to settle its gender discrimination lawsuit, which claimed the chip maker "cultivates and promotes a common, male-dominated corporate culture." (The deal was made without going to court.)

And now the Google complaint. Plaintiffs Kelly Ellis, Holly Pease and Kelli Wisuri all allege that Google kept them in “job ladders” that had lower compensation ceilings than men with similar skills. Ellis worked at Google’s Mountain View office from about May 2010 to July 2014, which is where the DOL investigated and analyzed the pay for about 21,000 employees. The agency’s analysis “found systemic compensation disparities against women pretty much across the entire workforce,” which is documented in the lawsuit.

More CALIFORNIA LABOR LAW News
According to Google’s recent demographic report (reported by Bloomberg, 69 per cent of its workforce and 80 per cent of its technical staff are male. The report shows the proportion of women in technical and leadership positions has increased 1 per cent since last year.

Referring to the Pao lawsuit, Joan C. Williams, a legal scholar and professor at the University of California Hastings College of the Law, was quoted in the NYT: “I called it at the time a ‘gender-bias training for the nation... But I’m not sure the nation was paying that much attention, unfortunately.” Perhaps the nation will pay attention this time around. The case is Ellis v. Google Inc., CGC-17-561299, California Superior Court, San Francisco County.