The big green and white Canteen Vending trucks are a frequent sight across the US and many other states. In California, the company has a huge number of delivery drivers working out of as many as 20 different distribution locations across the state. 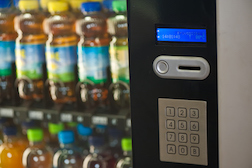 Those drivers have now filed a class lawsuit against the Compass Group, the corporation that owns and operates Canteen Vending, claiming the global catering company has run afoul of numerous California Labor Laws and has deprived drivers of thousands of dollars in wages and compensation.

In a statement of claim the workers allege their employer, Compass Group, was engaging in the “failure to keep and maintain adequate records of hours worked, engaging in a policy and practice of refusing to provide workers meal and rest breaks, failing to provide a mechanism for workers to receive payments and penalties for missed breaks, failing to compensate workers for “off-the-clock” work before and after their shifts, failing to reimburse workers for company-mandated use of their cell phones and failing to pay all wages, overtime and commissions in compliance with California law.”

Drivers were often given more deliveries than their scheduled work day could handle. All overtime had to be approved and an archaic time recording system allowed supervisors to change any entry that driver might make at the end of his shift to indicate extra hours had been worked.

Not only that, drivers were required to bring their own cell phones to work and they didn’t always get paid for the cell charges they racked up communicating with their supervisor or dispatcher.

“This is an industry where you have people who are on the road all day long,” says attorney Matthew George, from the firm of Kaplan Fox & Kilsheimer in San Francisco, who represents the lead plaintiffs in the class action suit.

“So if there is an accident on Highway 5, you may not get to take your lunch break if you want to finish your route before one of the stops closes for the day. There are these kinds of factors out there that really pressure employees and prohibit them from taking a break if they are going to get their work done that day.”

The exact number of workers that might qualify as members of the class is of yet unknown although George suggests given the size of the catering company’s operation it could be in the thousands. The claim stretches back some four years.

More CALIFORNIA LABOR LAW News
That means that workers could potentially stand to be paid for work they say they have not yet been paid for plus the court could apply a penalty.

“They are going to get paid back and more,” says George. “It wouldn’t be, for example, ‘I was only paid $7 an hour and I should have been paid $9 an hour’. It is not just the two-dollar-difference that could be owed. There are things like the waiting time penalty where you can get up to thirty full days of pay as a penalty or damages for not getting that pay.”

Compass Group is a nationwide company with operations in 48 states and 200 company and franchise locations. Its US headquarters is in North Carolina. Compass is a global operation with its international headquarters in Surrey, England.
LAS reached out to Compass for comment but it had not replied by press time.