Thousands of security guards are extremely pleased with the outcome of their lawsuit regarding rest breaks, which dragged through the court system for years. “After 12 years, we just received final court approval of our $110 million settlement,” says attorney Scott Cole, adding that he is co-counsel with Drew Pomerance's office on the California labor lawsuit. 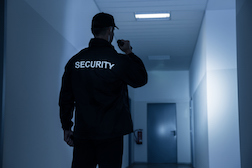 This settlement, which covers a period from 2001 to 2011, ended an employment lawsuit that combined a case filed by Cole on behalf of his client (Mr. Davis) and the case filed by Pomerance on behalf of Ms. Jennifer Augustus. Both lawsuits were filed back in 2005.  “The cases were joined, we litigated heavily, then moved for and got class certification, then move toward and got summary judgment,” says Cole. “When the court awarded nearly $90 million in damages and penalties, we were expectedly thrilled.”

In short, the lawsuit against ABM alleged the company unlawfully required security guards to carry walkie-talkies and otherwise remain “on call” during rest breaks, a violation which Cole referred to as a clear violation of California’s Labor Code. According to state law, an employer is not allowed to require any work during rest breaks. ABM countered by arguing that security guards weren’t doing work—they were waiting to work. The trial court disagreed, acknowledging that the waiting to be engaged was under the employer’s control and was, thus, compensable. “If an employer demands you sit still and do nothing for eight hours, it needs to pay you for it,” Cole adds. And, if you’re not getting the chance to get up and leave for a break, that’s a violation.”

After the summary judgment ruling in 2012, ABM successfully appealed. The plaintiffs then petitioned the state’s Supreme Court for review, successfully argued to reinstate the trial court’s ruling and won. Shortly afterward, the parties engaged in mediation efforts which ultimately yielded a settlement of $110 million. Cole adds that “unlike many cases, where settlement means you take less than 100 cents on the dollar, these class members took no discount. The only haircut in this settlement was to the level of interest, which was already in the tens of millions. I think this result is unprecedented.” Cole explained.

When pushed for a few rarities about the ABM case, Cole added:

“Well, we won at summary judgment. That’s unusual on these issues,” Cole explains. “You don’t get that unless there’s an absence of material facts in dispute.  Here, we had that—no complicated damages questions, no questions of credibility”. Getting to the Supreme Court is also rare. The state of California has the biggest court system on the planet, but of the roughly one million civil cases filed in California each year, often less than 100 get to the Supreme Court. “This case, however, needed to settle an important issue affecting millions of non-exempt workers. I already knew the answer. ABM now needed to hear it.”

Out of those one million, about 80-100 cases per year get accepted for review. Cole thinks the Augustus v ABM case was rare because:

1. The summary judgment was a record-setting $90 million
2. Previous cases discussed rest breaks and meal breaks and what obligations were of the employer but they didn’t talk specifically about what could be done, they didn’t go far enough. The Supreme Court wanted to close the door on this issue.
3. The Appellate Court said that some work is okay. Had the appellate court just said we are going to overturn the trial court for other reasons, it may not have been accepted for review. In other words, ‘some work’, which was wrong, was in fact great for the class.
4. We settled for a record $110 million.  We didn’t settle for pennies on the dollar. We got 100 cents plus interest to the class.  Settlement usually means each side takes something less. For example, if mediation usually ends in a settlement of the defendant agreeing upon 60 percent, the plaintiff gets 60 cents on the dollar.

More CALIFORNIA LABOR LAW News
Cole currently has dozens of cases involving issues similar to the security guards fighting for their rest breaks. And he is seeing employers changing their policies. “I am seeing a direct change as a result of the ABM settlement,” he says. “And other states watch what happens in California, despite its relative pro-worker stance. What we did here could have a national impact.”

Scott Cole is the founder and principal attorney at Scott Cole & Associates, APC, a California employment class action law firms. Cole has authored numerous scholarly publications and serves as a regular lecturer on issues surrounding employment law and class action procedures. The law firm has successfully prosecuted hundreds of wage and hour class actions, has set judgment and settlement records, and been responsible for shaping employment law in the trial and appellate courts for decades.

Posted by
Irene
on June 26, 2018
I have not got a payment yet its showing on my SSN that i have. How can i get my settlement?
Posted by
Danielle
on December 10, 2017
I worked for ABM between 2001 and 2011. I also would like information on who to call regarding class member payment. Didn't receive a letter or notice in the mail regarding class action lawsuit.
Posted by
Jason
on November 4, 2017
I was employed at this period of time with ABM, where can I locate my sum of the settlement?
Posted by
Jose Castillo
on October 30, 2017
I worked for abm during this time, where can i ask for my check ? i believe is 3k
Posted by
Chris
on October 20, 2017
I worked for ABM during the time in question. Can you provide information when I would get a payment? or contact information. Thank you. I know others who have
Posted by
Debbie trepal
on August 13, 2017
I worked for abm the sane time all this took place i was not given breaks .over time .so where is my paynent