Uber Fallout - A Change in the Law?

The continuing saga between Uber and California labor law regarding misclassification may take years to resolve. “Even if both parties reached an agreement, there needs to be a change in the law,” says employment attorney Todd Scherwin. 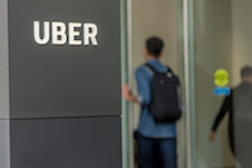 In yet another strike against a potential resolution against Uber, Judge Edward Chen recently rejected an $84 million settlement offered by Uber to resolve the major class action lawsuits it is currently facing.

About four years after its San Francisco launch in 2009, Uber was hit with a class action lawsuit filed by attorney Shannon Liss-Riordan on behalf of 8,000 California Uber drivers. The California labor lawsuit was upgraded to include all Uber drivers in California, which comprises more than half of the company’s current US workforce.

In April 2016, Uber believed the agreement had been reached. On its website Travis Kalanick, Uber’s CEO and Co-Founder, announced a settlement in two class-action lawsuits: O’Connor (California) and Yucesoy (Massachusetts). “The key issue at stake in both cases is whether drivers using the Uber app should be classified as independent contractors or employees,” said Kalanick, adding that drivers will remain contractors, not employees. But it’s not up to Uber.

Ultimately both parties will go back to the drawing board to settle, but Attorney Scherwin believes not before “we see a true fight and potential trial with a decision being reached,” he says. “Most everyone is frustrated with the lack of ability to settle.” This lack of ability is due to the difficulty in putting a number on what is considered a reasonable settlement because so many individuals are involved. According to Uber, some 385,000 drivers from California and Massachusetts are affected by this settlement. And after legal fees, the average driver will likely end up with less than $1,000 - should they settle.

“The issue of misclassification is not being resolved and it is gnawing at the court,” says Scherwin. “So this suit is stuck between a settlement and payout to the Uber class or it will be a trial based on the merits. People are trying to avoid the latter, but the more times this settlement falls apart, the more likely it will end up in a trial.”

“Most everyone is frustrated with the lack of ability to settle.”

Scherwin explains that Judge Chen isn’t saying that he won’t consider more settlement proposals. But perhaps both parties - Uber and plaintiffs - get stuck figuring out what may get approved by the court, throw up their hands and agree not to agree--they cannot settle this issue. Or they may try one more shot with a certain amount. “Now the appellate court is deciding whether the arbitration agreements signed by the drivers are enforceable. If the arbitration agreements are determined to be enforceable it will cut the class size down by over 90 percent,” he says.

If the California labor law needs to be changed regarding misclassification that change will not come anytime soon - not until a court decision comes out and makes the law. Legislature reads the decision and develops a statute that agrees with this decision, and that typically takes years. Uber drivers still won’t be considered employees under the settlement, and even when a group is created like the gig economy, a happy medium cannot be created by Uber. There must be a change in the law, even if the gig people all agreed one way or the other.

More CALIFORNIA LABOR LAW News
In the meantime Scherwin gazes into his crystal ball. “If they are unable to come to an agreement, we will see it move forward to reach a decision on its merits ??" independent contractor or not. My gut check is that the Uber driver is an independent contractor but that doesn’t mean a jury or court will agree with me. There needs to be a change in the law.”

Update: Sept 7, 2016 The Ninth Circuit Court of Appeals has ruled that Uber drivers suing the company may be bound by arbitration agreements. This ruling is a major victory for Uber, reversing a district court ruling from 2015 that voided the company’s arbitration agreements and allowed a driver class action lawsuit to proceed to challenge Uber’s background-check practices. The reasoning in the Ninth Circuit’s ruling could also apply to the case over drivers’ classification.