It’s a toss-up whether Rent-A-Center has more disgruntled customers than it does employees. However, one thing is a sure bet: the company must have deep pockets to pay for more California labor law violations. 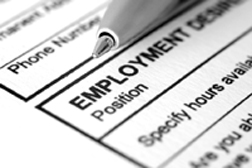 According to attorney Ben Stewart, Rent-A-Center has misclassified its managers and assistant managers and in doing so, has cheated them out of California overtime pay. This practice is nothing new with “North America’s largest rent-to-own company of brand-name home furnishings.” A California judge in 2011 approved a $2.7 million wage claim settlement between Rent-A-Center and 2,600 of its store managers. As a result of the litigation, lead plaintiff Jeff James said the company had changed its policies: all employees are paid for performing off-the-clock work and managers are paid for mileage incurred when performing company errands in their personal vehicles. The lawsuit is Jeff James v. Rent-A-Center Inc., case number BC450587, in the Superior Court of the State of California, County of Los Angeles.

But what percentage of time are those managers performing company errands? If it is more than 20 percent of their time, they have been misclassified and therefore entitled to overtime pay over 40 hours per week.

Will Rent-A-Center ever abide by the FLSA (Wages and the Fair Labor Standards Act) and California labor laws? Three lawsuits were filed in 2001 by non-exempt workers for allegedly failing to provide meal and rest breaks or pay for overtime work. Those claims were settled five years later. And again in 2002, non-exempt store managers sued, claiming they too had been misclassified and denied overtime. Their cases were settled in 2008. Both times the company did not admit liability.


“Rent-A-Center is at it again. I currently have 29 unpaid overtime complaints nationwide and several in California,” says Ben Stewart.
“The complaints are from assistant managers and managers who claim they have been misclassified. They worked at this company for more than five years and during that time they have never hired or fired employees - only district managers can do that. And they are spending a lot of time stocking merchandise and delivering goods. They attend mandatory conference calls off-the-clock. Most troublesome is that they are being sent out to collect money from customers or take merchandise back, often in sketchy neighborhoods.”

Stewart says that all complainants are all working in excess of 40 hours per week without overtime, which is a violation of the California labor code. One Rent-A-Center manager told Stewart that “If you have a family life or expect to have any time off work, this job is not for you. Standards and procedures are enforced seemingly at the whim of whatever district manager is in charge.” Another manager told Stewart that he never sees his family and even though he has sick and vacation days, they are rarely used due to understaffing.

Another manager filed the following complaint with Stewart:

More CALIFORNIA LABOR LAW News
“Store Managers do not have the ‘true’ ability to hire or terminate employees. Often the District Manager hires employees for the Store Level. There are no guidelines for work hours. I have often found the best thing to do is establish a specific time when you will be at work and when you will not be at work. You will be required to work till 9 pm on nights when credit is bad in the Region. Store Managers are being forced to run the store and deliver merchandise. The reason that the company makes billions of dollars is by misclassifying and overworking its managers. Stop being cheap and hire enough workers (full-time or part-time) to deliver merchandise or for field visits.”

And this from yet another manager: “We are forced to harass customers who do not pay their bills on time for sub-standard merchandise. We have to knock on doors in the absolute worst neighborhoods day or night to try and collect money or merchandise. It’s surprising no one has gotten killed yet.”

If you work at Rent-A-Center and believe you have been misclassified, you might want to seek legal help. Keep safe.